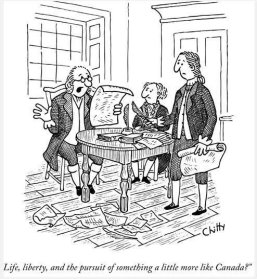 This Toolkit provides materials for general context and specific strategies to promote the gold standard of health care reform: Single Payer, now also called “Expanded and Improved Medicare for All.” The term means the new program is modeled after Medicare, but it is "expanded" to cover all people, and "improved" because it will cover more than original Medicare and will cover all necessary medical services. Single Payer, Medicare for All (SP-M4A) isa system of privately-delivered health care financed through a public Universal Medical Trust Fund, much like the system the Canadians call “Medicare.”

●  Health care pages from Impact on Issues 2018-2020.The League’s “Statement of Position on Health Care “dates back to its announcement by the National Board in April 1993. It states that a basic level of quality health care at an affordable cost should be available to all U.S. residents. Such care includes: prevention of disease; health promotion and education; primary care (including prenatal and reproductive health); acute care; long-term care; and mental health care.

The statement clearly expresses that the League favors a national health insurance plan financed through general taxes in place of individual insurance premiums, commonly known as the “single-payer” approach, and further that the ability of a patient to pay for services should not be a consideration in the allocation of healthcare resources.Read text from Impact on Issues…

LWV ROLE in the UNITED NATIONS

Since 1945 (under President Truman), LWV has been an official consultant organization to the U.S. United Nations Delegation supporting global UN social and economic initiatives. LWV-UN Observers sit at public meetings of the UN Economic and Social Council and give input to the Delegation. Annually on December 12, the Observers encourage local Leagues to celebrate Universal Health Coverage Day and advocate in concert with the UN on behalf of millions of people around the world without access to adequate health care. A central member of the HCR4US Network, Michelle Dorsey M.D., of Metro-Phoenix has been an Observer since 2018. Read more about Michelle and other LWVUS UN observers...

OTHER DOCUMENTS ON HEALTH CARE REFORM

●  2010 Resolution passed by delegates at the LWV National Convention calling upon the LWVUS leadership to advocate strongly for bills that legislate for Improved Medicare for All.Read the text of the resolution…

●  2015-2016 Position broadened to include full access to behavioral health care.

●  In 2016, LWV-CO presented the state’s new position to the national League, which adopted it “by concurrence” at the national convention.

To access the LWV-CO study materials and the Behavioral Health Position, download from the LWV-US “clearing house”https://sites.google.com/a/leagueofwomenvoters.org/clearinghouse/social-policy/mental-health-care/lwv-colorado-an-overview-of-colorados-behavioral-health-system

● 2019 Medicare for All Resolutions at State Conventions

●  Overview and How to Join

●  Link for Minutes of monthly calls from Dec 2018

Visit the “Get Involved” page with suggestions for individuals and local Leagues.

League of Women Voters ® of Arizona