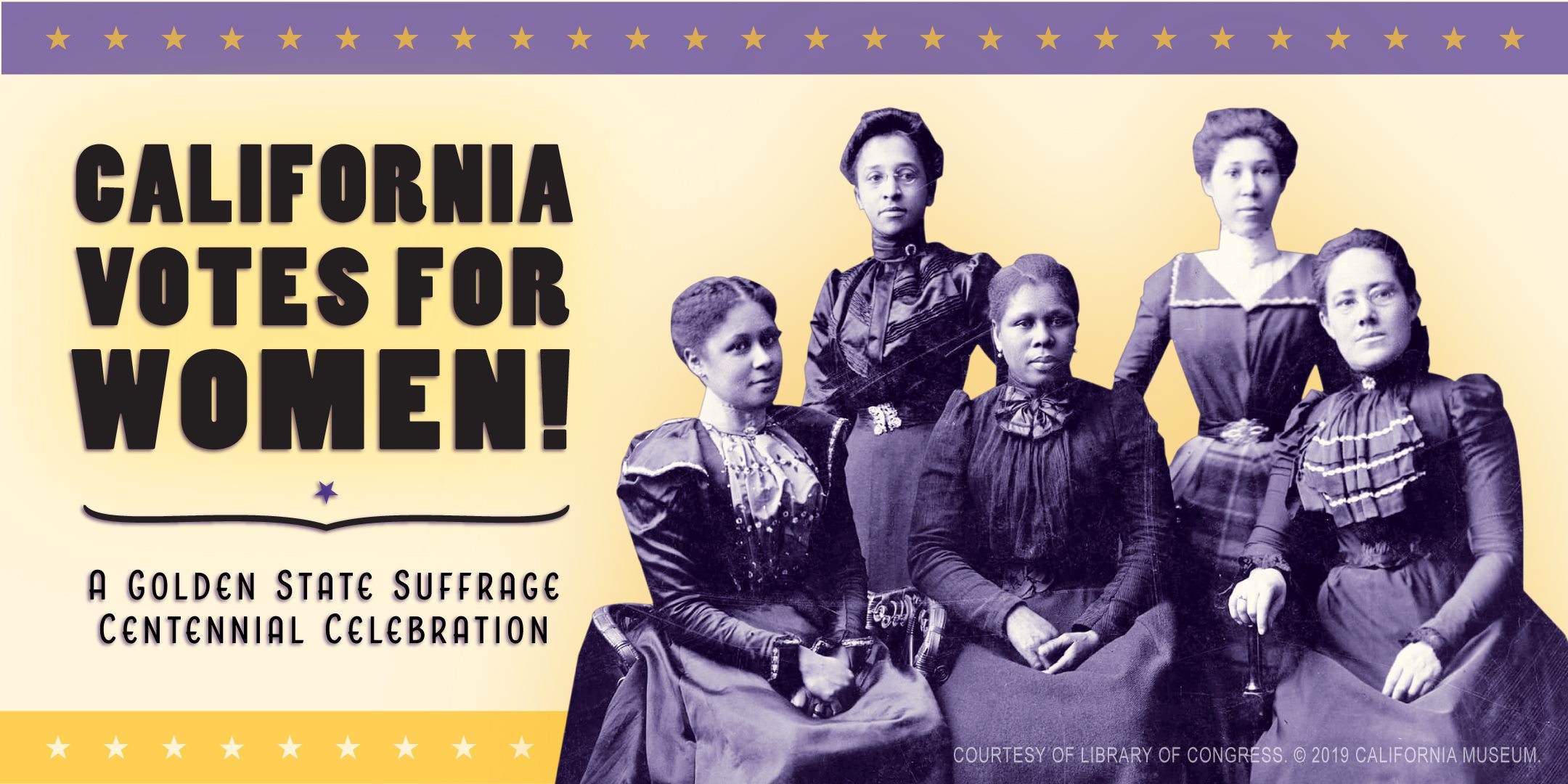 “As a member of the national Women’s Suffrage Centennial Commission, I’m thrilled to commemorate the state’s ratification of the 19th Amendment with the California Museum,” said First Partner Siebel Newsom. “The centennial gives us the opportunity to celebrate the brave suffragists on whose shoulders we stand, and to carry the spirit of the movement forward by fighting for the equality of all women across this state.”

The Nov. 9 event also kicks off the California Museum’s series of programs celebrating women in 2020. Created in partnership with First Partner Siebel Newsom, programming includes two new exhibitions currently in development highlighting the past, present and future of California women. The first explores California women whose achievements have helped create a more equitable society. Titled “California Women Inspire,” the new installation will open during Women’s History Month in March 2020. Next, a new temporary exhibition chronicling the history of women’s suffrage in California will open to commemorate the 100th anniversary of the passage of the 19th Amendment’s in August 2020.

Admission to “California Votes for Women” Saturday, Nov. 9, 2029, is free for the first 500 to claim a ticket online or $5 when free tickets sell out. Both free and $5 tickets provide entry to view all current exhibits plus pop-up displays by the National Archives and the California State Archives. Visitors may also enjoy presentations on the history of women’s suffrage by Ida B. Wells’ great-granddaughter Michelle Duster, historian Robert P.J. Cooney, Jr. and children’s book author Laura Atkins; a screening of the 1917 suffrage film “Mothers of Men” shot on location in Northern California; appearances by suffrage reenactors; adding to a community quilt saluting African American suffragists and more from 10 a.m. to 4 p.m. First Partner Jennifer Siebel Newsom to host “California Votes for Women: A Golden State Suffrage Celebration” on Sat. Nov. 9 at the California Museum.

The achievement of women’s suffrage through the 19th Amendment was the single largest extension of voting rights in American history. The movement persisted for more than 70 years and multiple generations of American women, whose tireless activism laid the foundation for the continued fight for women’s equality today. Although California was the 18th state to ratify the 19th Amendment on Nov. 1, 1919, the state first granted women the right to vote in 1911 through the passage of Proposition 4. The initiative passed by just 3,587 votes — a margin equivalent to a single vote in each precinct. However, Proposition 4 reenergized suffragists and spurred renewed efforts across the nation, which led to the 19th Amendment’s passage in 1920.

Find out more information on the event.

ABOUT CALIFORNIA MUSEUM:
The California Museum educates visitors on California's diverse history, arts, culture and unique influence on the world. Through interactive exhibits and engaging programs, the Museum inspires visitors to make their mark on history.

League of Women Voters ® of California