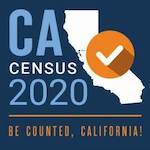 The Constitution requires us to count every resident of the United States once a decade since 1790. The census shapes how political power and federal tax dollars are shared in the U.S. over each decade. It determines the number of congressional seats and Electoral College votes each state gets and guides how an estimated $880 billion a year in federal funding is distributed for schools, roads and other public services in local communities.

At the March 8, 2019 Board Meeting we approved the Motion that LWVNCSD become a Partner in the Count Me 2020 Coalition.

Currently, the Coalition's main focus is in the planning and organizing stages in anticipation of full implementation in September 2019. They've been having monthly meetings at the Universidad Popular location in Vista since February 27, 2019.

Using the the California Hard-to-Count (CA-HTC) Index by census tract-level data, the group identified the hardest-to-count tracts across North County and found approximately 48 Hard to Count Census tracts along the 78-Corridor and the 76-Corridor.

As the Liaison, Nancy Telford will be submitting monthly Board Reports about the progress. Additionally, she will send the Board and interested members an invitation to the monthly Coalition Partnership Meetings in case you want to attend any of the meetings.

Limited English Proficiency (LEP) persons are routinely undercounted in census participa- tion due to second-language literacy. At the last meeting, the group discussed the development of a language access plan to outline language resources and needs across the North County region.

If you have any questions or want more intormation, send a message to contactus [at] lwvncsd.org

League to which this content belongs:
North County San Diego