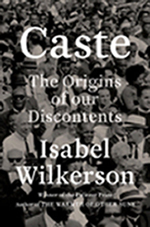 Hopefully, we have provided you through the 14 “Social Policy Updates” over the past several months, insight into America’s oftentimes unpublished history of race and racism.  We have examined practices from the early days of slavery through the Jim Crow years and on to the last 50+ years of “systemic racism”. Much of this we uncovered in our book reviews and research articles.

Perhaps much more eloquently than I could ever provide, we should focus our attention on the writings of Isabel Williamson, the author of The Warmth of Other Suns. This very popular book  is a re-telling of The Great Migration, in which six million black southerners migrated to the northern and western regions of the United States in the eight decades between World War I and 1970.  Published 10 years ago this book has been read by many LWV members. 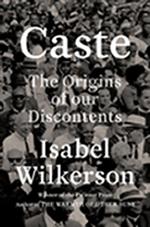 More recently, Williamson has authored another masterpiece of research in her newest book, Caste: The Origins of Our Discontents.  In this book, she explains that many people from around the world see America as racist, and Wilkerson agrees.  She points out that we tend to refer to slavery as a “sad, dark chapter” in America when in fact it lasted for hundreds of years.  But in order to maintain social order, it was necessary to give blacks the lowest possible status. Whites in turn got top status. In between came the middle castes of “Asians, Latinos, indigenous people, and immigrants of African descent” to fill out the originally bipolar hierarchy. Such a caste system allowed generations of whites to live under the same assumptions of inequality.  The unspoken caste system encouraged all to accept their roles.

Williamson uses excellent visualizations for us to easily understand her insights into “Race as the visible agent of the unseen force of caste.  Caste is the bones, race the skin.”  Here, Williamson shares her X-ray of Caste.

We in this country are like homeowners who inherited a house on a piece of land that is beautiful on the outside but whose soil is unstable loam and rock, heaving and contracting over generations, cracks patched but the deeper ruptures waved away for decades, centuries even. Many people may rightly say: “I had nothing to do with how this all started. I have nothing to do with the sins of the past. My ancestors never attacked Indigenous people, never owned slaves.” And yes. Not one of us was here when this house was built. Our immediate ancestors may have had nothing to do with it, but here we are, the current occupants of a property with stress cracks and bowed walls and fissures in the foundation. We are the heirs to whatever is right or wrong with it. We did not erect the uneven pillars or joists, but they are ours to deal with now.

And any further deterioration is, in fact, on our hands.

Like other old houses, America has an unseen skeleton: its caste system, which is as central to its operation as are the studs and joists that we cannot see in the physical buildings we call home. Caste is the infrastructure of our divisions. It is the architecture of human hierarchy, the subconscious code of instructions for maintaining, in our case, a 400-year-old social order. Looking at caste is like holding the country’s X-ray up to the light.

Caste compares the United States to India, whose "untouchables" are useful for everyone else to look down upon. And it shows how the Nazis studied the Jim Crow South for tips on how to eradicate their "subordinate caste.”

The approach she takes is both persuasive and unsettling. In Caste, she demonstrates, for example, how architects of the Third Reich, “in debating how to institutionalize racism [in Germany], began by asking how the Americans did it”.  They found, in the US, the “classic example” of a “racist jurisdiction”, leave us to consider how far this legacy persists, whether in modern America today or elsewhere.

Next week we will dig deeper into America’s Caste system.

League to which this content belongs:
North County San Diego