What is Civil Engagement?

A dialogue in which all participants have a right to speak and to be heard. Such dialogue is characterized by: 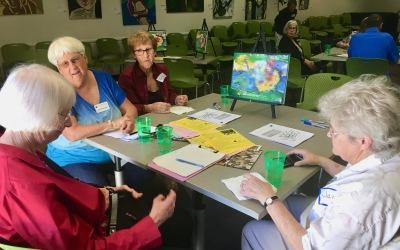 On a warm Saturday afternoon in the spring, League members and curious community members were in training.

Going beyond the notion of `exercising your right to vote,' participants were building the muscles of facilitation and listening, essential for our democracy when conducting civil public dialogues. 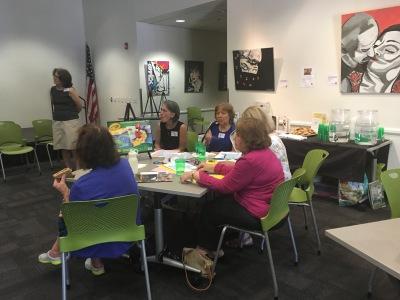 Based on the League's civil discourse work and deliberative dialogue training, the training session began with research about our society's trend toward a more active and collaborative role for community members in addressing problems. Participants then used a discussion guide prepared by League members in their work with the Kettering Foundation as a case study to conduct a deliberative dialogue on the issue. Each participant had a chance to play the part of facilitator, note-taker, and participant.

The Big Sort: Why the Clustering of Like-Minded America is Tearing Us Apart, Bill Bishop, Mariner Books, New York, 2008

factcheck.org -- A non-partisan, nonprofit website that describes itself as a 'consumer advocate' for voters that aims to reduce the level of deception and confusion in U.S. politics.

Institute for Civility in Government

National Institute for Civil Discourse -- University of Arizona will offer venue for vigorous and respectful debate.

Briand, Michael (1999). The inescapability_of_choice. In Practical Politics: Five Principles for a Community that Works. Urbana, IL: University of Illinois Press. 33-43.