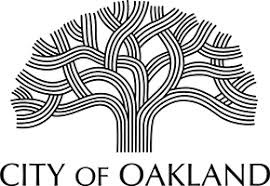 The City of Oakland is establishing its first-ever Homeless Advisory Commission and is seeking nine qualified Oakland residents to sit on the inaugural board. City Councilmembers make recommendations on Commissioners to the Mayor, who appoints them for the Council’s confirmation.

The Homeless Advisory Commission was created by Measure W, the Vacant Parcel Tax ballot measure, a special parcel tax on vacant properties to support homeless services and address illegal dumping, passed by Oakland voters in November 2018. The Homeless Advisory Commission is charged with making recommendations to the City Council about strategies to remedy homelessness and providing oversight of the Vacant Property Tax, which is anticipated to generate about $7 million per year for homeless and illegal dumping services.

The Homeless Advisory Commission is comprised as follows:

Applications are new being accepted. Oaklanders interested in being considered for nomination should submit their application online here.

The application period closes on Friday, October 16. The goal is to present a list of Commissioners for City Council’s confirmation in November 2020.