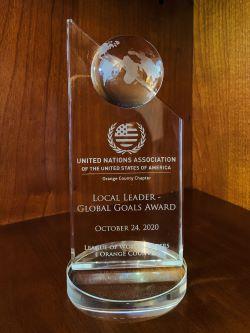 Coast League and UNA-OC work to foster the intersecting missions of both organizations. In August 2020, Kathleen Montgomery, Director of International Relations for Coast League, presented a talk at the UNA-OC monthly gathering on the relationship between LWVUS and the UN through the years and the League's commitment to Human Rights, including having a voice in drafting the UN's 1948 Universal Declaration of Human Rights. She also spoke on the links between Human Rights and Elections.