LWVUS Convention 2020 Part Four – The LWVUS Has Been Doing What We Love!

The Biennium Impact Report: Convention attendees heard about the League’s work in the 2018-2020 biennium, including:

Much of the report focused on the League's core work:  Making Democracy Work – which includes work to improve voters’ rights while fighting back challenges to those very rights throughout the country. In this work League lobbies, educates, and litigates on a variety of issues, including the following:

Caucuses: Among them, our five delegates - Becky Newman, Diane Nied, Patty Santry, Judy Standerford and Petti Van Rekom - plus Kathleen Montgomery, our Director of International Relations and Pam Mortenson, one of our members, attended a total of 21 different Caucuses and filed 46 individual reports on them using a Google Form devised by Patty Santry.

One of my personal favorites was called Engaging Non-Voters and Seldom Voters in Lowest Turnout Precincts. The focus was on how Leagues have worked to engage non-voters and, especially, folks who seldom vote in low-turnout-precincts.

The host League was LWV Port Washington-Manhasset, an area located on Long Island, in New York. Like many Leagues, it was a League of mainly affluent older white women. Where their members lived, voter turnout was 85% to 97%, so there was not much call for "getting out the vote" in their neighborhoods.

However, In 2016 they identified the 30 lowest-turnout precincts in their area, where only 0-24% of registered voters had voted in the previous election.

They focused on 5 of the lowest turnout precincts, encouraging other grassroots organizers to do likewise. In 2018, turnout rose by as much as 30 points. In a 2019 local election, they canvassed proud voters who now encourage others to vote.  The caucus also allowed plenty of other Leagues to talk about their own efforts to do this. Lots of great ideas!

July is slipping away, but check back for future updates.

Today's blog continues a report on the Convention with a focus on our national League's finance and government - the "nuts and bolts" of any organization.

We've Got a Plan!

In the 2020-2022 Biennium the LWVUS National Program focus continues to be on Making Democracy Work. but we also adopted two new Positions by Concurrence:

We also adopted three resolutions - we:

We've Been Working for Democracy: Coast's Team is Back from the LWVUS Convention!

Five delegates and some additional members of Coast participated in the LWVUS Virtual Convention, June 22-27 and various pre-convention meetings, trainings, and activities! 1,267 delegates were present at Convention, from all 50 states, DC, and the Virgin Islands.

Our delegates were Becky Newman, Diane Nied, Patty Santry, Judy Standerford and Petti Van Rekom. Kathleen Montgomery served a moderator for two of the caucuses, several people were able to register as Observers and they and several other members attended one or more caucuses.

Lobby Day was held the day before the convention officially opened – and seven years to the day since the Supreme Court rolled back provisions of the Voting Rights Act of 1965 (Shelby County v. Holder). The Voting Rights Act had required 9 states and a variety of other jurisdictions to have changes in their election laws get advance federal approval, due to past histories of racially discriminatory laws and practices. The Court essentially declared that it was no longer necessary because in the current era there were no such discriminatory laws.

As we know, that hasn’t worked out too well.

The League has long been active in the battle to restore the Voting Rights Act and on Lobby Day Leaguers made calls to Congress, wrote more than 2,000 letters to Congress and had 175 posts on Twitter earning more than 1,500 “engagements” (likes, shares, etc.) and being seen 82,700 times!

Watch this spot for a series of Convention Updates for the next several days! 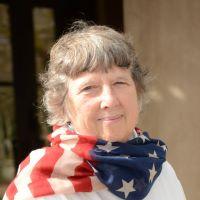