The next Mayoral election will be held on November 3, 2020, for a term of four years

Mayoral elections coincide and are consolidated with the statewide primary and general election dates in United States Presidential election years.

The two candidates receiving the highest number of votes in the general municipal election were Andy Melendrez and Patricia Lock-Dawson. 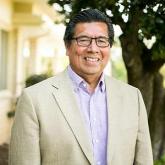