DIVERSITY.           Diversity refers to population groups that have been historically underrepresented in socially, politically, or economically powerful institutions and organizations. These groups include but are not restricted to populations of color, such as African Americans and Blacks, Latinx, Native Americans and Asian Americans. They may also include lesbian, gay, bisexual, and transgender populations, people with disabilities, women, and other groups. 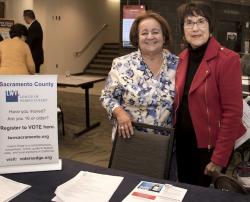 EQUITY          Equity takes into account that people have different access to resources because of system of oppression and privilege. Equity seeks to balance that disparity.

INCLUSION.         Inclusion is an ongoing process, not a static state of being.  Inclusion refers to the degree to which diverse individuals are able to participate fully in the decision-making processes within an organization or group.   While an inclusive group is by definition diverse, a diverse group is not always inclusive. Being aware of unconscious or implicit bias can help organizations better address issues of inclusivity.