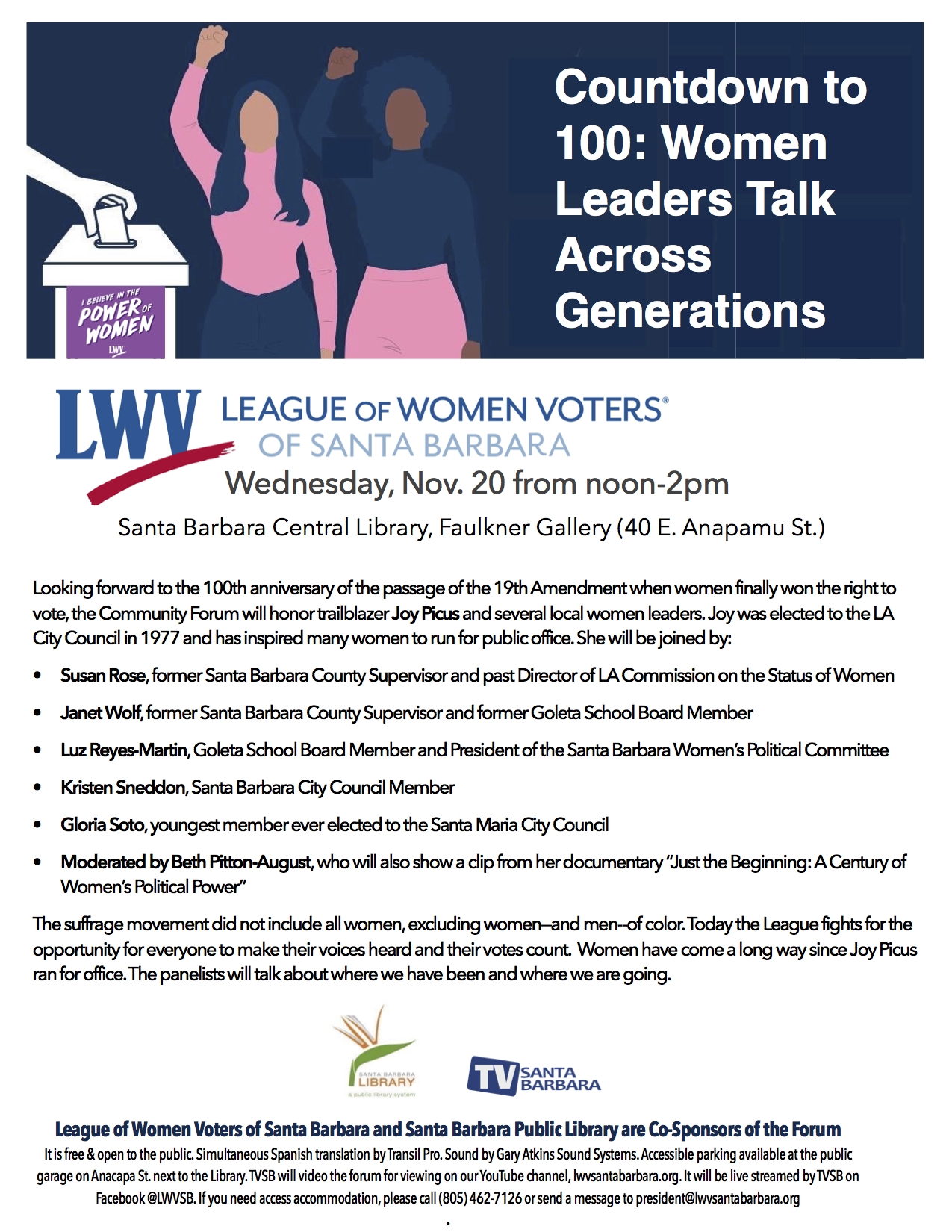 Looking forward to the 100th anniversary of the passage of the 19th Amendment when women finally won the right to
vote, the Community Forum will honor trailblazer Joy Picus and several local women leaders. Joy was elected to the LA
City Council in 1977 and has inspired many women to run for public office. She will be joined by:

The suffrage movement did not include all women, excluding women—and men--of color. Today the League fights for the
opportunity for everyone to make their voices heard and their votes count. Women have come a long way since Joy Picus
ran for office. The panelists will talk about where we have been and where we are going.