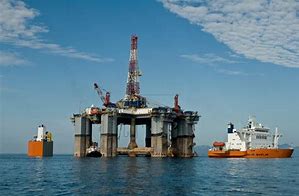 Across much of California, fossil fuel companies are leaving thousands of oil and gas wells unplugged and idle, potentially threatening the health of people living nearby and handing taxpayers a multibillion-dollar bill for the environmental cleanup.

From Kern County to Los Angeles, companies haven’t set aside anywhere near enough money to ensure these drilling sites are cleaned up and made safe for future generations, according to a months-long data analysis and investigation by the Los Angeles Times and the Center for Public Integrity.

Of particular concern are about 35,000 wells sitting idle, with production suspended, half of them for more than a decade. Though California recently toughened its regulations to ensure more cleanup funds are available, those measures don’t go far enough, according to a recent state report and the Times/Public Integrity analysis.

California’s oil industry is in decline, which increases the chances that companies will go out of business. That in turn could leave the state with the costs for cleaning up their drilling sites, which if left unremediated can contaminate water supplies and waft fumes into people’s homes.

Under federal, state and local laws, fossil fuel companies are required to post funds, called bonds, to ensure that wells are ultimately plugged and remediated. These set-aside funds are a response to the oil industry’s history in the United States, in which thousands of companies went out of business without banking enough financial reserves to pay for remediation.