How Reliable is Your News Source? Understanding Media Bias

How Reliable is Your News Source? Understanding Media Bias 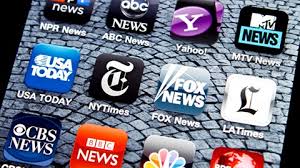 Type:
Research & Studies
See below for a couple of helpful charts rating media bias and a list of publications and their leanings: 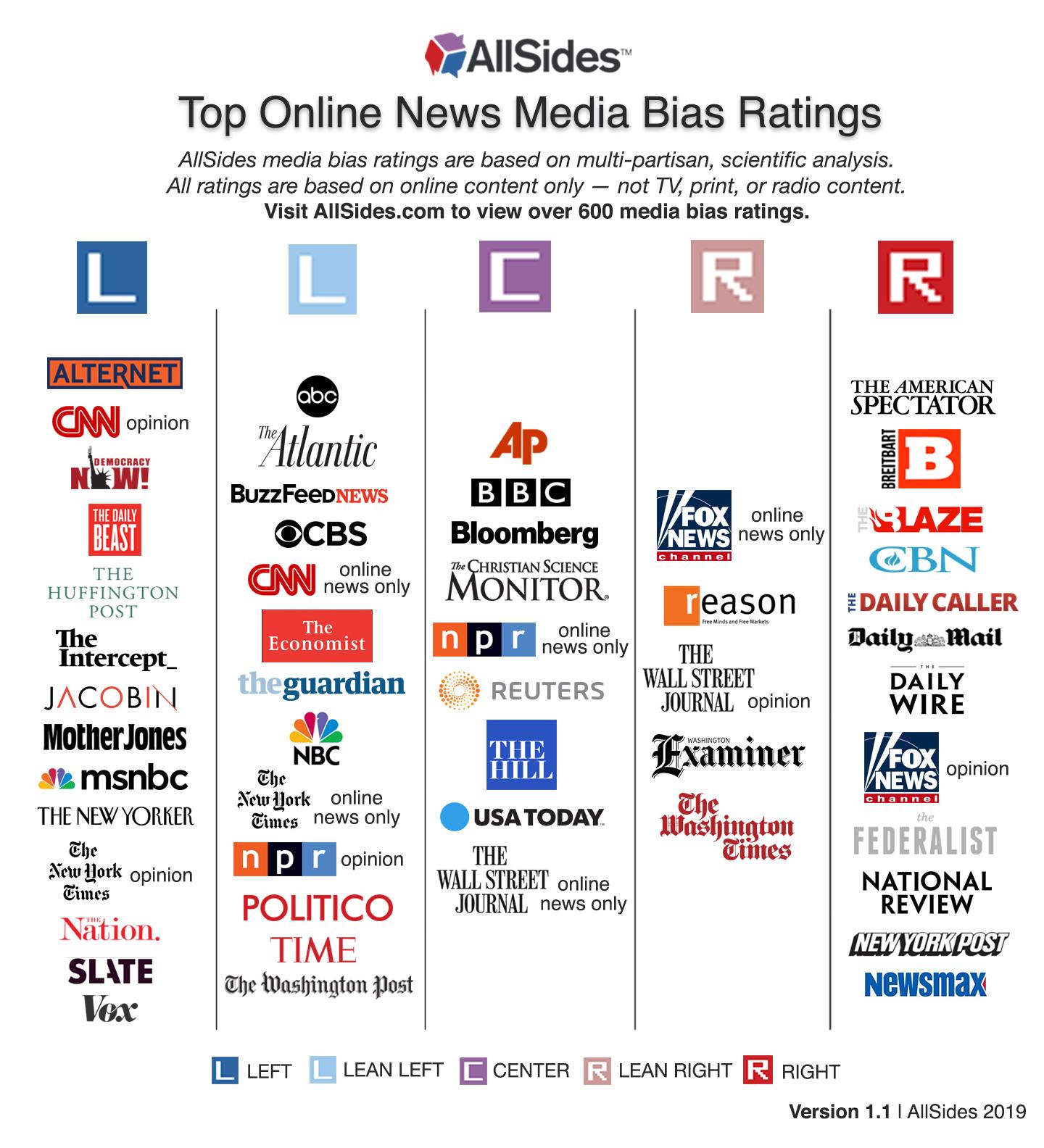 AllSides uses blind surveys of people across the political spectrum, multi-partisan analysis and other in-depth analyses as well as tens of thousands of user ratings to rate the bias of nearly 600 media outlets and writers.

The chart below was created by Vanessa Otero, a patent attorney, who delivered a webinar to librarians on Information Literacy. The license for usage of this chart in this LibGuide was granted in October 2018. Click on the chart below to go to an interactive and more recent version of Otero's Media Bias Chart. On version 5.0 (beta) users can search individual newspaper titles to see where they fall on the spectrum of liberal or conservative, based on Otero's/Ad Fontes Media's evaluation system. 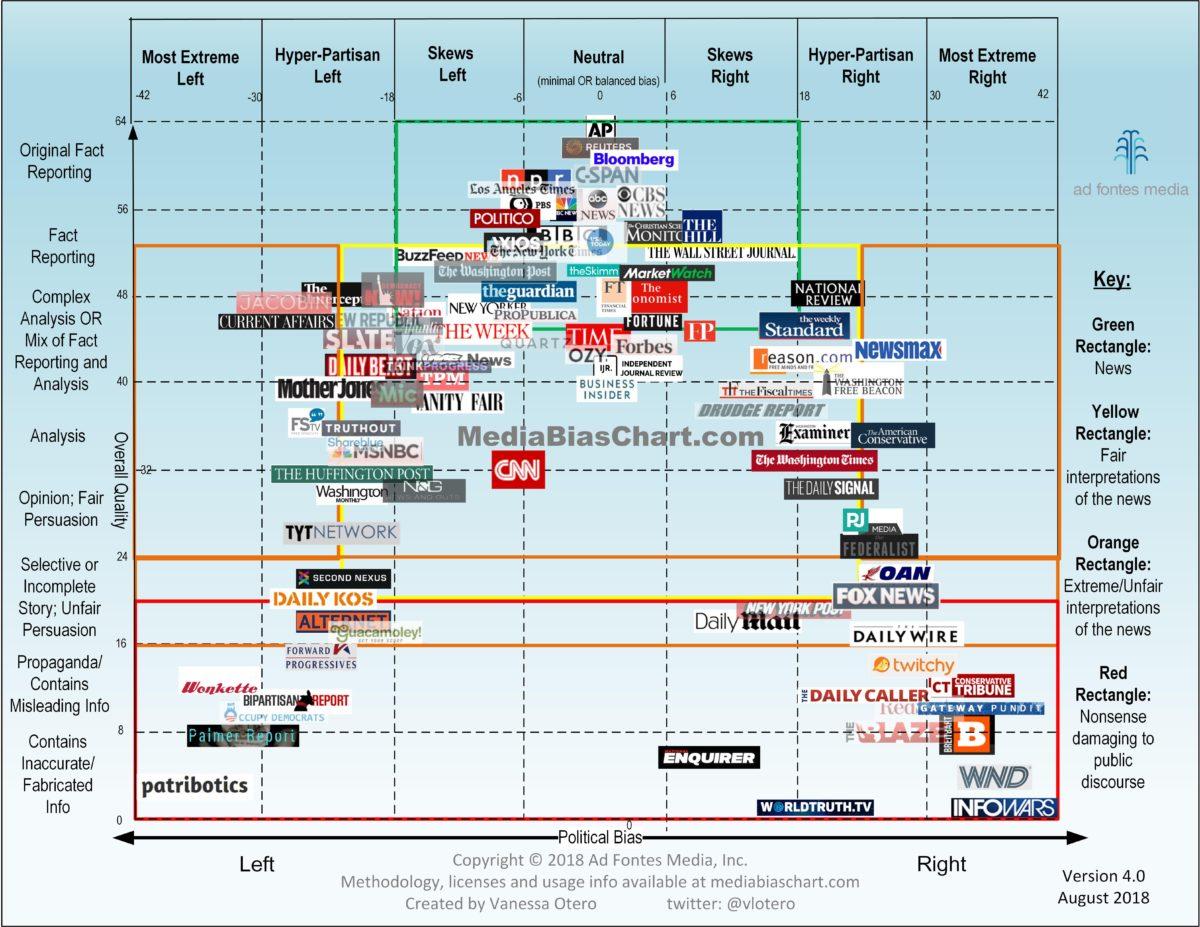 When reading articles from various magazines and newspapers, you will sometimes notice a trend in the types of articles/subjects featured, the writing style of the authors, or the opinions in the editorials. Many periodicals have a general "slant" in one political direction or another. Some are outright and others are more subtle. An awareness of this is valuable when you select the sources for your research.

Here is a list of magazines and newspapers showing their leanings or emphases.  This list was taken, with permission from Micca Gray, from her Santa Rosa Junior College Library LibGuide,  Project Censored 2013.  Annotations have been made in brackets.

Other Assessments of Newspaper and Magazine Bias

You can look at other lists to find additional titles of magazines and newspapers and to compare the "labeling" on a particular one. You will frequently notice differences!