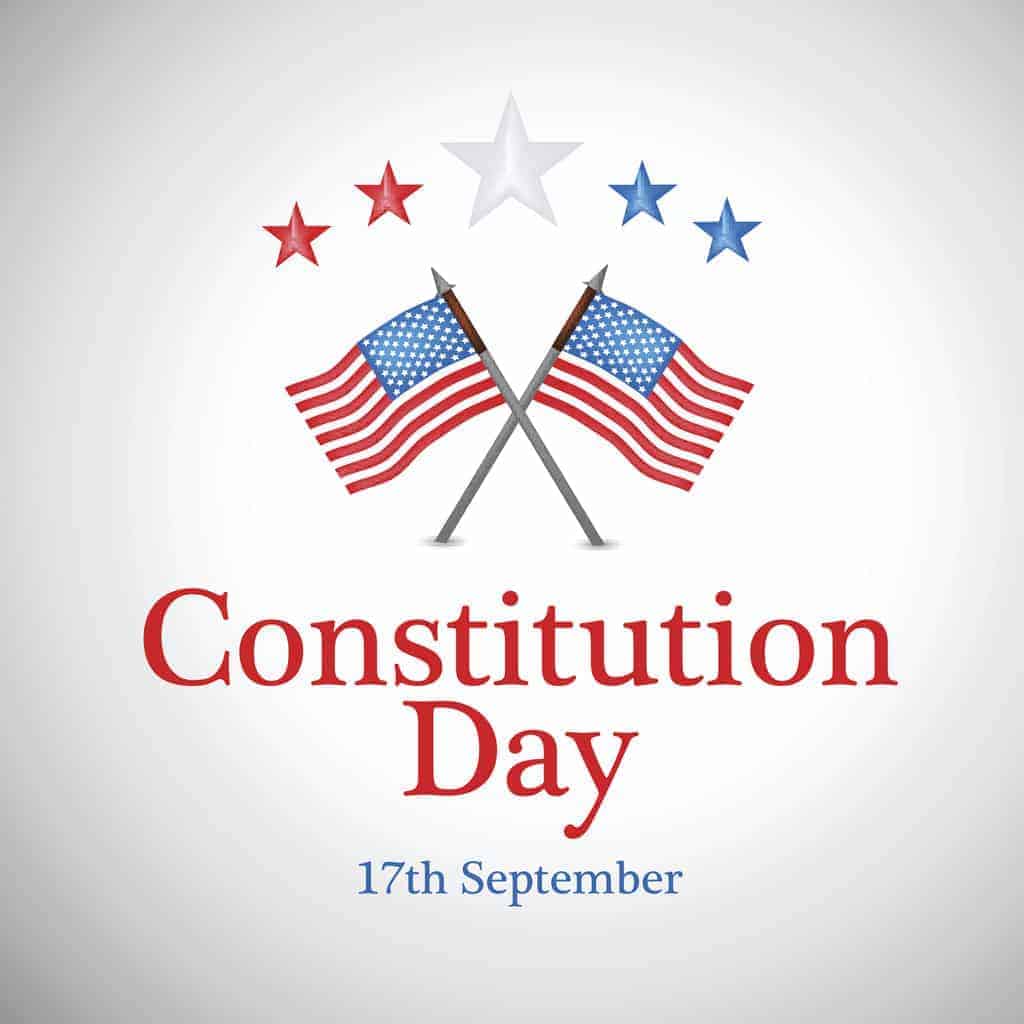 Our board members Sharon Alexander and Terry Furey will be joining the students of El Camino College to help celebrate Constitution Day. We will have a booth set up in the quad with interactive games and prizes to get students talking about the Constitution as well as encouraging them to register to vote and to vote at this upcoming election.

The following information and above logo are from Awareness Days.com: https://www.awarenessdays.com/awareness-days-calendar/constitution-day-citizenship-day-2020/

Constitution Day (also referred to as Citizenship Day) is a United States federal observance that commemorates the signing of the U.S. Constitution and honors those who have become U.S. citizens by coming of age or naturalization.

It is observed annually on September 17.

The delegates to the Constitutional Convention signed the final version of the United States Constitution on September 17, 1787. In 1911, Iowa became the first state to recognize the anniversary of this event as Constitution Day. In 1917, a committee formed by the Sons of the American Revolution started promoting this day.

The law establishing the present holiday was enacted in 2004. On this day, all federal agencies and publicly funded educational establishments are required to provide educational programming on the history of the American Constitution. When Constitution Day falls on a weekend or another holiday, its observation is moved to the closest weekday.