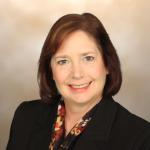 A member of the League for 25 years, Carol has served at both the local and state levels. For the past four years she served as Voter Service Director for LWVC. In addition to overseeing production of LWVC’s standard voter service materials, she curated and wrote content for Voter’s Edge, coordinated League’s part in the televised U.S. Senatorial candidate forum and coordinated League’s involvement in the California Channel Free Airtime Project in 2018. Carol served as program director for LWVC in the reproductive choices portfolio for three years prior to joining the state board. During that time she represented the League in a coalition of organizations working on related issues, analyzed and followed legislation on the issue