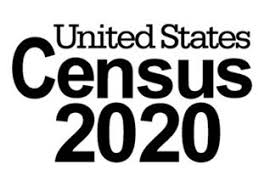 As mandated in Article I, Section 2 of the U.S. Constitution, every 10 years, we conduct a nationwide count of every person living in the United States.

By providing updated counts of population, housing, and other key demographic data, results from the 2020 Census will guide reapportionment of representation in the U.S. Congress and help states in redrawing the boundaries of all congressional and state legislative districts for the coming decade.

The 2020 Census results will also be used to reset benchmarks for national, local, and small area counts for other government surveys, in addition to many public and private data sets.

Census data is used in distributing more than $675 billion in federal funds annually. Delaware gets approximately $2,000 per resident. In 2010, approximately 5,000 Delawareans did not fill out the census form -- roughly $10 million of federal funding a year or $100 million over the decade since 2010 that did not come into the state.

By April 1, 2020, every home will receive an invitation to participate in the 2020 Census. You will have three options for responding: online, by phone, or by mail.

Watch these new Public Service Announcement (PSA) by the U.S. Census Bureau to learn more about the different ways to respond to the 2020 Census.

Is My Data Safe?

The Census Bureau provides resources to help ensure partners and stakeholders have the tools they need to effectively engage their communities.

PSAs are an effective way to educate the public about the importance of the 2020 Census and why participation matters. The PSA Toolkit enables partners and stakeholders to access produced PSAs or create their own using pre-approved messages.

Help us spread the word about the 2020 Census. Share this on social media or forward it to a friend.

Why the Census Bureau Is Establishing a "Trust & Safety" Team

At the U.S. Census Bureau, we are devoting great resources, energy and passion to educating the public about the upcoming 2020 Census. We want the public to have the correct information so they can participate in the census and shape their future and the future of their community. That is why we are pooling our communications and external resources together into a unified Census Bureau Trust & Safety Team to ensure the public is properly educated on how the 2020 Census affects everyone.

Continue reading to learn more about:

About the Census Bureau

We serve as the nation’s leading provider of quality data about its people and economy. The Census Bureau is the federal government's largest statistical agency. We are a scientific organization focused on data. Policy-makers, businesses, and the public use our information to make far-reaching decisions.