Gerrymandering, and the Supreme Court's decision to stay out of it

Gerrymandering, and the Supreme Court's decision to stay out of it 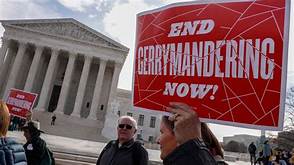 After a setback at the Supreme Court earlier this year, advocates for what they see as fairer, less-partisan election maps nationwide are stepping up their fight at the state level. The League of Women Voters ... is launching on Thursday a "multi-million-dollar, multi-year" effort to end discriminatory gerrymandering, the practice of drawing electoral maps for political gain. The group announced plans to spend $500,000 this year alone.

League to which this content belongs:
Kent County, Delaware