Besides plurality voting as commonly used in the U.S., other ways to count votes include ranked choice voting, approval voting and proportional representation. Several state Leagues have formed positions in favor of ranked-choice voting (RCV), which is also known as instant-runoff voting (IRV). Should Delaware join their ranks? 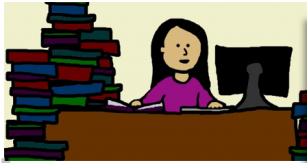 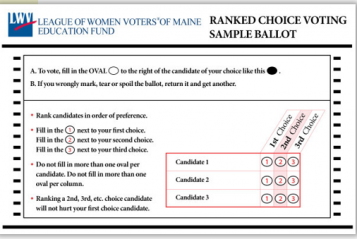 At the State Convention in June 2019, LWVDE members approved a study on alternative voting methodologies and their potential application in Delaware. League members from all three counties are participating in the study. We are in the early investigative stages this summer.

The study team believes that a discussion of general voting principles... what the goals of an election system should be... can help to inform and guide our study. To that end we are asking all interested League members to fill out this survey:  LWVDE Voting Principles Survey - August 2019.  We'll be taking survey responses until August 31, 2019.

Our next in-person study team meeting will be Wednesday September 11, at 2 pm, in the House Majority Caucus Room at Legislative Hall in Dover. All are welcome! If you think you might like to participate in the study, or if you are just curious about how League studies are run… please come! Contact kimwells19702 [at] gmail.com (Kim Wells)  or jillitzkowitz [at] gmail.com (Jill Itzkowitz)  for more information or to RSVP, and/or to get in on a carpool from Sussex or NCC.

League to which this content belongs:
Kent County, Delaware