Running the campaign for Ida B. Wells Drive

Running the campaign for Ida B. Wells Drive 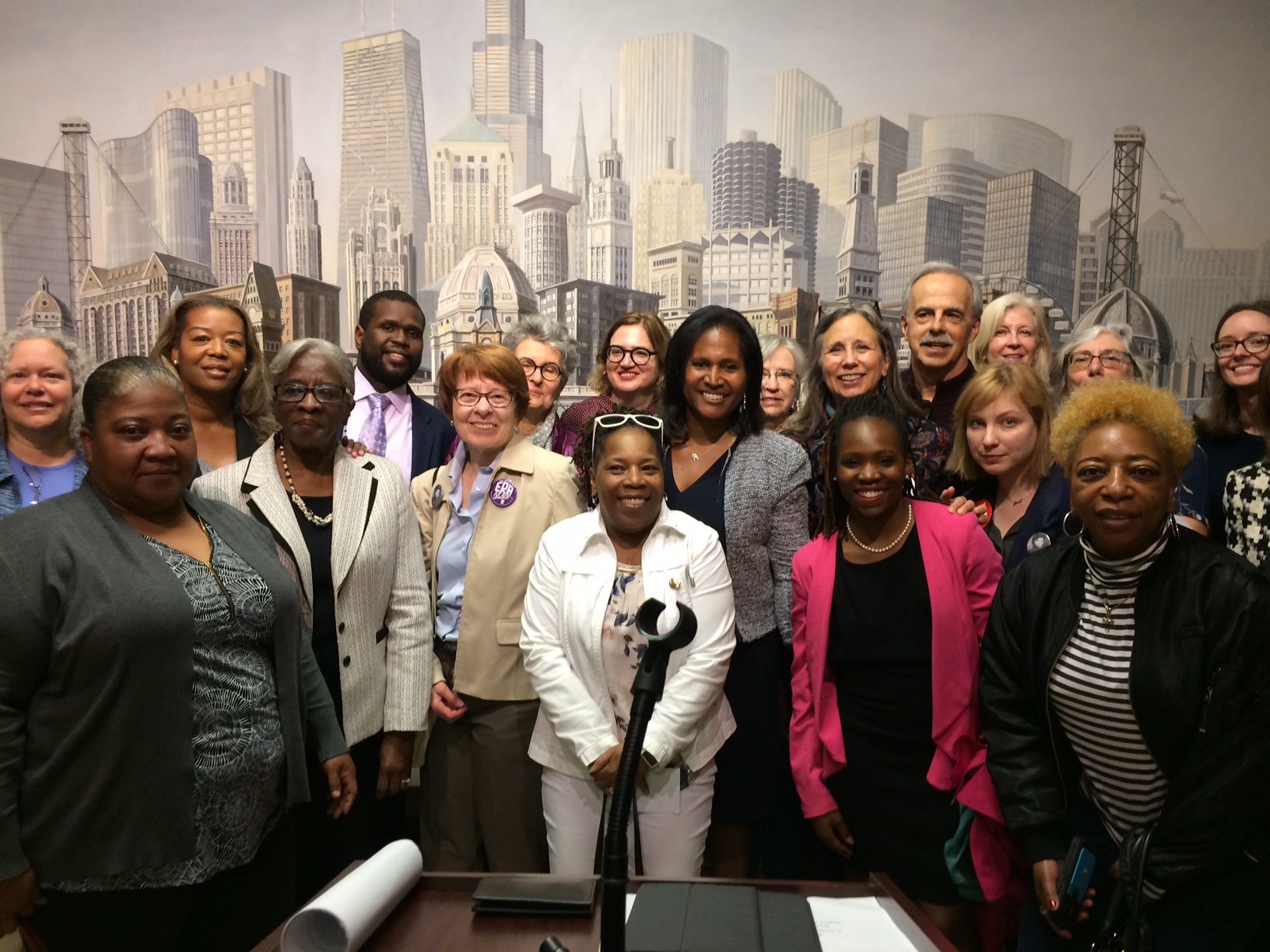 In the wake of the Charlottesville confrontation and ensuing demands for the removal of offensive monuments, a number of aldermen in Chicago began to call for the removal of tributes commemorating the fascist warlord Italo Balbo.

Initially, some of them suggested that Balbo Drive be renamed "after a late Chicago mayor who never was honored by having a building or street dedicated to his memory." Annie Logue, President of the League of Women Voters of Chicago, instead issued a press release proposing that the street bear the name of Ida B. Wells-Barnett.

In November 2017, Helene Gabelnick and Catherine Mardikes interviewed Alderman Sophia King as part of the League’s city-wide effort to ask all the aldermen a set of questions on city governance. Since the south side of Balbo Drive is in Alderman King’s Ward, the following question was added: “What are your thoughts on renaming Balbo Drive, specifically after Ida B. Wells-Barnett?”

Alderman King responded at the time that “having a street named after a fascist warlord is a problem,” and she encouraged us to reach out to Ida B. Well’s family since they were making plans for a memorial (“brown”) sign where the Ida B. Wells Homes once stood. Mardikes met Ida B. Wells’ great-granddaughter, Michelle Duster, who was thrilled with the idea of having a “green” sign right in the Loop honoring her great-grandmother.

At this point, the South Side Unit formed a working group to take the campaign on. Members include Molly Bartlett, Robin Charleston, Claire Hartfield, Nicole Johnson, Jacqueline Kirley, Catherine Mardikes, Melanie Norstrom, Jane Ruby, Julie Shelton, and Diana White. In late March, members of the group met with Alderman King at an “Alderman on the Block” event and told her the family was on board. She said that she wanted to move in sync with Alderman Brendan Reilly because the north side of Balbo Drive is in his ward.

Our working group together with Annie Logue met with the two aldermen and their staff in early April 2018, and the aldermen were very receptive. We were hopeful that they would propose the change. In the meantime, we asked numerous civic organizations to endorse the name change, as a list of supporting organizations would bolster our position—over 50 signed on.

After Aldermen King and Reilly proposed the ordinance, it needed to be passed out of the Transportation and Public Ways Committee before it could go to the City Council for a full vote. The ordinance was placed on the Committee's agenda for their meeting in late June, only to be pulled from the agenda just days before the meeting.

The League jumped into action, but opposition from the Italian-American to renaming Balbo Drive had swayed some aldermen. However, many were still in favor of honoring Ida B. Wells with a downtown street, and Congress Parkway was chosen to be renamed instead.

On July 19, the Transportation Committee voted unanimously to rename Congress Parkway for Ida B. Wells, and the full City Council voted to approve the measure on July 26, 2018.

“The Council’s vote is historic because passage means a major downtown street is being named after a woman and person of color," says Claire Hartfield. "Street signs tell part of the story of our city and reflect the contributions of the diverse communities that are such a great strength of our city. The City Council has set an example for the nation and given us – the people of Chicago – the opportunity to know and be proud of our collective story.”

Get more information on the Ida B. Wells Campaign here.

League of Women Voters ® of Chicago