Tell the world you voted! "I Voted" Campaign

Tell the world you voted! "I Voted" Campaign 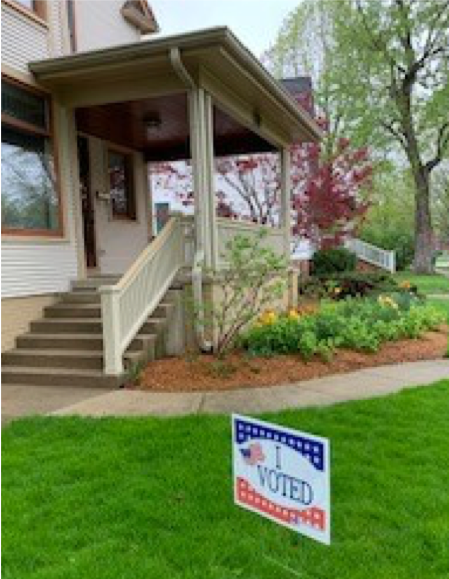 Show your neighbors you've voted to help encourage them to vote too.

For years we’ve gone to the polls, voted and received our “I Voted” stickers to wear proudly.   We were telling the world that we exercised our civic duty and wanted to encourage everyone we encountered to go out and vote too. But typically, stickers get lost or thrown away by the day's end.

With 30 day early voting periods and research that shows that social pressure to vote increases voter turnout, we wanted to build on and enhance the “sticker effect”.   Our “I Voted” campaign focuses on posting yard signs and images on social media when voters go to the polls and vote.

Each election cycle, we recommend you follow the following steps to cast and informed vote and communicate voting to your community.

Like the stickers, the signs are intended to be a visible and durable way of letting the community know that an election is underway, and that people are voting.   Once your yard sign is posted, take a picture and send to our webmaster to post on the League’s social media.   Email your picture to voterservices [at] leaguelafayette.org.

Issues:
Elections
This page is related to which committees:
Voter Services