The League of Women Voters Metropolitan Des Moines has made a set of the buttons from the images of Mary Kline Misol's19 "suffragist" portraits.  This fall we were made aware the Southern Judicial District of Iowa wanted to gift one of the portraits and a set of the 19 buttons to the guest speaker of an August 2020 conference in Omaha.  The guest speaker will be Justice Ruth Bader Ginsburg.  The So. Judicial District representatives decided to give Justice Ginsburg the gifts sooner than the August 2020 conference.  She was presented the gifts in October 2019.  The thank you card received from Justice Ginsberg was sent to us by Mary Kline Misol.  LWVMetro Des Moines was thrilled to be a part of the gift to RBG - a modern day suffragist. 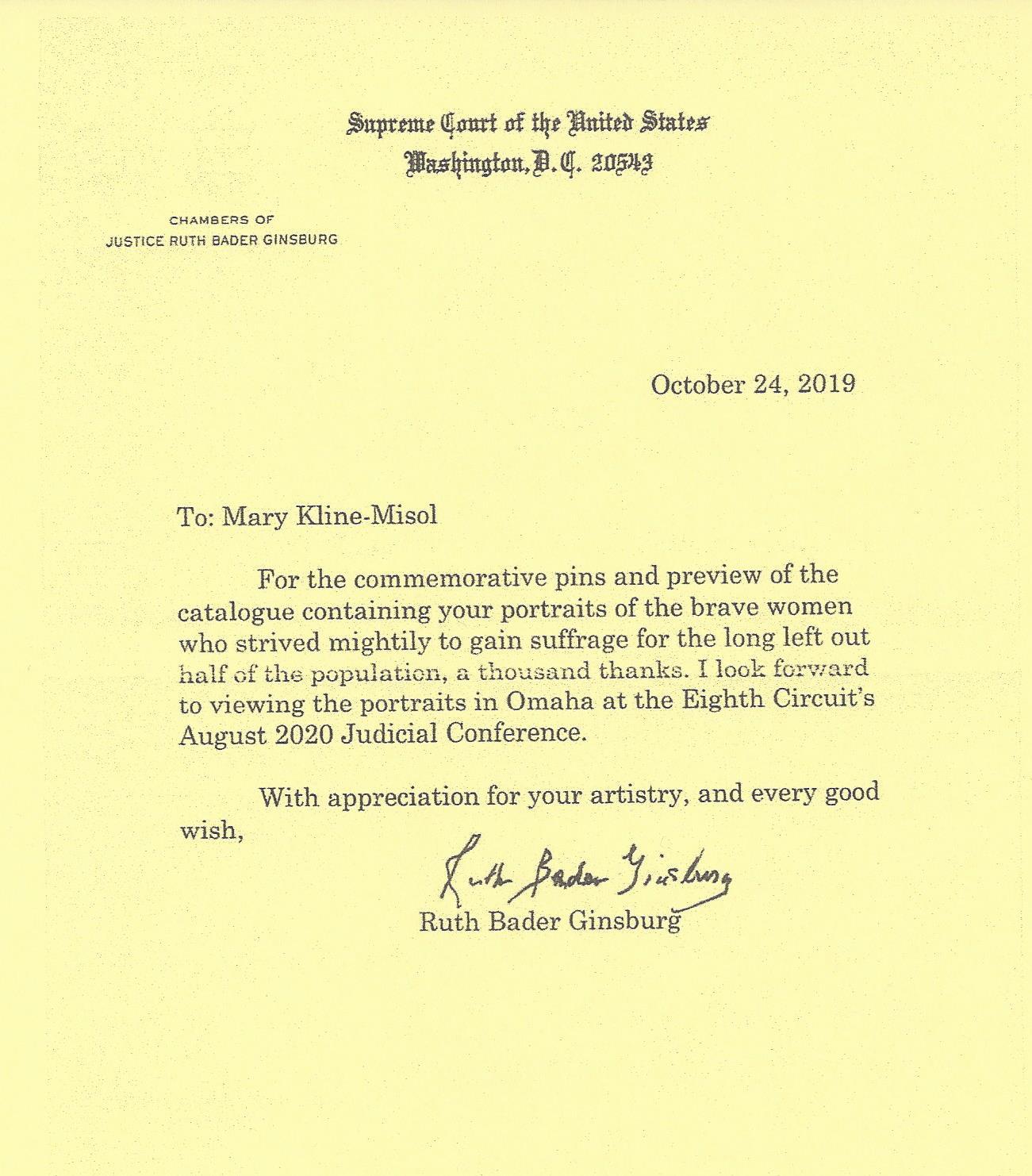 The League of Women Voters received an award from the NAACP at their Freedom Banquet on November 9, 2019.  We are honored to have received the plaque of appreciation. 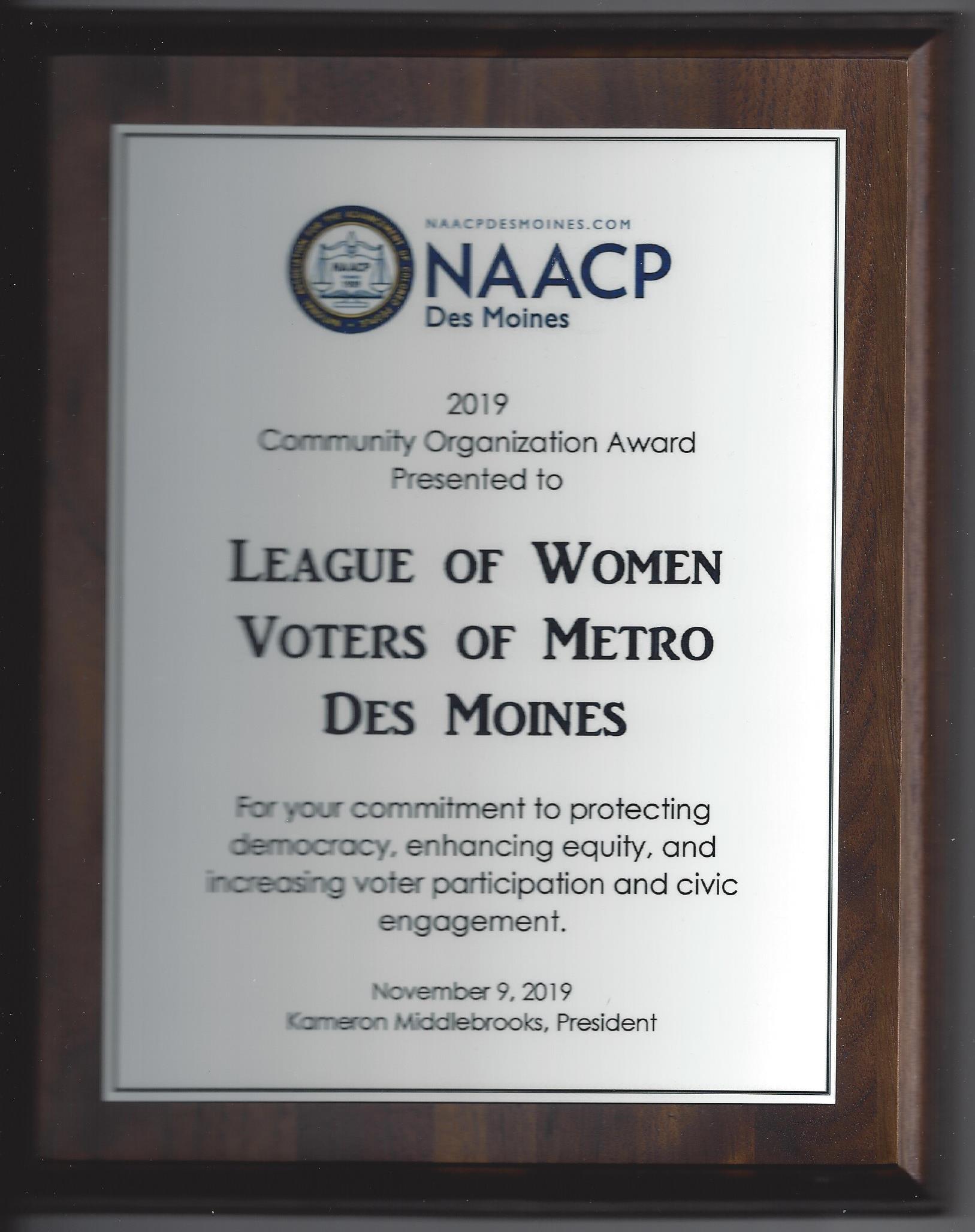 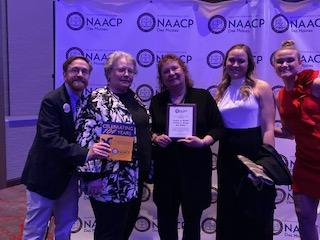