Stay up to date with our work and news.

We are helping with increasing responses to the Census - please see the talking points.

Another project we are working on is approaching all cities in Polk County and Polk County
to sign a proclamation announcing the 2020 celebration of the 100th anniversary of the 19th
amendment giving women the right to vote.
We will be organizing an event around the movie "Harriet Tubman" when it arrives in Des Moines.
Harriet was one of the original suffragists.
Virginia became the 38th state to ratify the Equal Rights Amendment, passing the three-fourths threshold of support required from the states for a constitutional amendment.
When the ERA passed Congress in 1972, lawmakers attached a 1977 ratification deadline to it, which they later extended to 1982. Now, we need Congress to remove the ratification deadline it imposed. Last week, LWVUS sent a letter to the United States Congress urging them to remove the ratification deadline on the ERA. 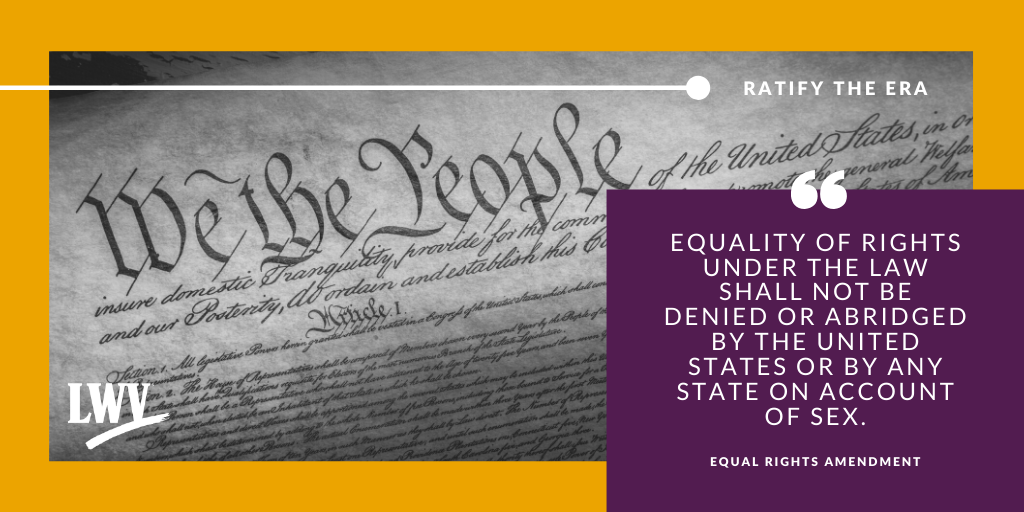