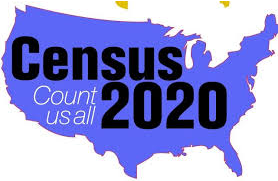 Every 10 years (the ones that end in zero) the United States Census Bureau counts the number of people living in our country. The Census is a constitutionally ordered process to collect information on every household in the United States. It is a process in which everyone across America, regardless of their background, legal status, or identity, is invited to participate. Data on individual people and household size is collected through a short questionnaire.

The numbers are then used to apportion seats and draw electoral districts on the federal, state, and local levels. Additionally, more than $800 billion of federal funding for states and localities is also allocated according to official census counts. This means that decisions and funds for schools, hospitals, roads, infrastructure, and other matters of daily life. For a family looking to get a dirt road paved, a parent wanting better funding for their child’s schools, a community of color looking for better political representation, these issues and decisions are not distant policy ideas, but changes that impact people’s daily lives are impacted by who is counted and who is visible in census data.

We have the power to make these changes a reality when we respond to the census. As households receive the mailer in the next few days, we wanted to take some time to discuss what we’ve been doing here at the league to help get-out-the-count, and how we’re also keeping the efforts to be physically distant in mind.

For the last three months, the League has been working to make sure the public knows about this important process. In this education phase for our Census outreach before the Census official begins, Leagues have been working at tabling events, community forums, and townhalls to help educate people on the upcoming Census process.

As part of our larger People Powered Fair Maps program, Leagues have been demonstrating how the Census relates to redistricting, and why having an accurate count will help build fairer maps. In the next few weeks, Leagues will begin to roll out their #GetOutTheCount work and help their local communities stay engaged on the Census.

April 1 is Census Day. With the recent measures placed through physical distancing, our outreach efforts around the census have changed; however, our message remains the same. By answering just 10 easy questions from the comfort of your home you can do your part in making sure that your community, and its needs are visible. You can respond to the census online, or on the phone today!

The Census is all about community; no matter what your economic background, legal status, or political views, all people should be counted. It is about the people we live with, our community spaces such as parks, schools, and libraries, it is about feeling represented and seen. We hope that as we take this time staying indoors with our loved ones, and being in our communities, working, and exploring new hobbies, that you also take some time out to fill out the Census.

It is about the people we live with, our community spaces such as parks, schools, and libraries, it is about feeling represented and seen.

For the League of Women Voters, civic engagement has always been a centerpiece of our work. Whether it is fighting for voting rights or issue advocacy, we are dedicated to making sure all communities and individuals feel involved and included in our democracy. The census, which is a tool of civic duty for everyone, is something for which we are dedicated to mobilizing support and engagement—and making sure that all people count.

League to which this content belongs:
Northwest Wayne County