The LWV supports Medicaid Expansion as a practical and highly effective means of addressing poor health outcomes and marked health inequities in Missouri with no added cost to the state.

Expansion would create an annual cost savings of about $39 million. By not expanding Medicaid, Missouri has turned away $15.5 billion dollars since 2014.

Medicaid is a lifeline that keeps millions living above the poverty threshold. The goal of Medicaid expansion is to bring access to health care and greater economic security for low-income households. Having a source to help with health care expenses is critical to maintaining a healthy and productive life.

Medicaid Expansion will bring to Missouri the following: 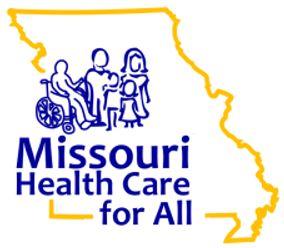 COSTS TO STATES WHO HAVE EXPANDED MEDICAID HAVE NOT INCREASED. OTHER STATES ARE VERY  SATISFIED WITH THEIR DECISION TO EXPAND MEDICAID.

League volunteers gathered thousands of signatures on the petition to put Medicaid Expansion on the 2020 ballot. We will continue to work with Missouri Health Care for All and other coalition partners in the coming months.

League to which this content belongs:
Metro St. Louis