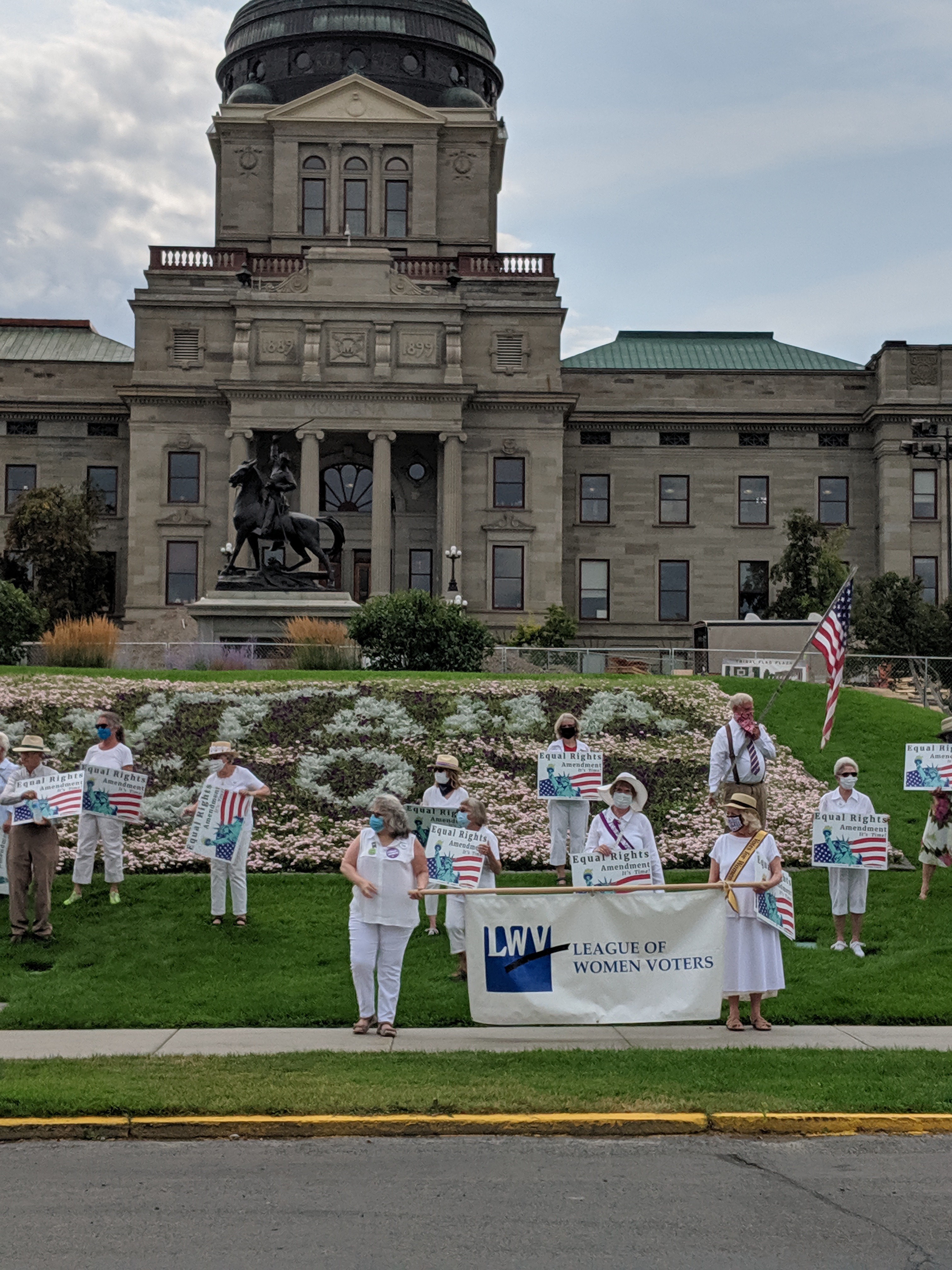 The Helena League hosted a march and commemoration of the 100th anniversary of the ratification of the 19th Amendment on August 18.  League members from Helena were joined by Leaguers from Bozeman and Missoula as they walked around the state capitol building, then gathered in the rotunda for speeches by Lt. Governor Mike Cooney and Assist. Attorney General Raph Graybill.

League members carried "Equal Rights Amendment, It's Time" signs and yellow roses as they marched.  The yellow roses honored the suffragists of 100 years ago who used yellow roses to show they were supporters of women's right to vote.  League members placed the roses around the statue of Jeannette Rankin in the capitol building.  Rankin, a suffragist, played a key role in Montana's passage of women's right to vote and was subsequently elected as the first woman to serve in the US House of Representatives in 1916.

League to which this content belongs:
Montana League of Women Voters