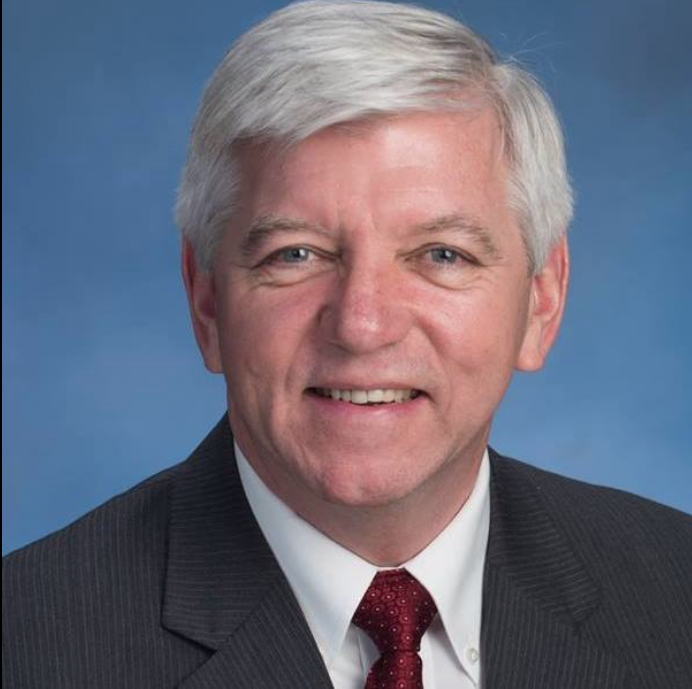 On February 18, 2020, members of the LWVMHR met with Assemblymember Kevin Cahill for a pre-budget 2020 Legislative Interview.  A report of that meeting follows.

As always, the office staff provided a warm welcome and when we were shown into the conference room, we got right down to business. Jennifer and Gai took the notes that follow.

Cindy told Cahill that we want to make sure sufficient funding is appropriated in a timely manner for redistricting.

Cahill agreed that the districts could be done more sensibly. He spoke about how he had helped to make the district more compact in 2002. Then, in 2012, he pushed to put Rhinebeck and Red Hook together in one district. He mentioned that there is always the concern that the people appointing individuals to do the redistricting will have an undue influence on the process. He reviewed the four senate appointments to the redistricting committee and felt they would do a good job.

Census - we told Cahill that the guidelines for funding the census efforts excluded many of the smaller groups (like the League) because they were not 501(c)(3)'s. He asked us to send a list of the groups that would be excluded.

Cahill told us that in 2020 other counties will have to increase the number of voting places.

He mentioned that with early voting, they are getting push back on the mandatory 3 hours off from work to vote (mostly from school districts, which coincides with labor disputes). With early voting and no-excuse absentee voting it is harder to make the argument that people need the time off work to vote.

We discussed the issue with schools using county voting machines for school board elections. He said Molinaro had told him it was a programming issue and that is getting fixed, so the Board of Elections will have less of an argument against sharing the machines in the future.

Cahill stated that he agrees with the idea of some consolidation. He believes that court specialization should be limited, but it is need in some areas, such as domestic violence courts and drug courts. There is a lot of room for discussion in this area. He is not sure he would support the Governor's bill, he would prefer a legislative initiative.

Merger of Bridge and Thruway Authorities

Cahill: I don’t believe it will save money but will increase Hudson Valley tolls. There is no evidence they will save any money.  Director of the Thruway said he will not reduce staff or take Bridge toll money away, but with a merger they will be able to share protocols and save that way. I say they can share protocols now without a merger. Thruway wants the merger because they want to have bonding authority.

Medical Aid for the Dying

Cahill: Needs fuller study. I proposed a study 4 years ago which would have been completed by now if it had been approved, but the advocates of Medical Aid in Dying did not want it. We need to get information from an objective source, i.e. a Health Commission.  We have now asked the Department of Health to study it and have had to amend the bill to wait for the report due 12/31/20 and in 2021 we can approve the bill.

(Note from Gai---I am not against the concept and understand the passions and compassions surrounding this issue - it is a subject that if you disagree with it, it does not mean that one side is wrong.)

Public funding will level the playing field to some extent when money matters, but that is not always the case. I have found that extra money is often spent in attack ads.)

The meeting ended on a social note, with Assembly Member Cahill handing out small chimes made by local business Woodstock Chimes leftover from his children’s summer reading program goody bags.

Issues referenced by this article:
Voting Rights
League to which this content belongs:
Mid-Hudson Region