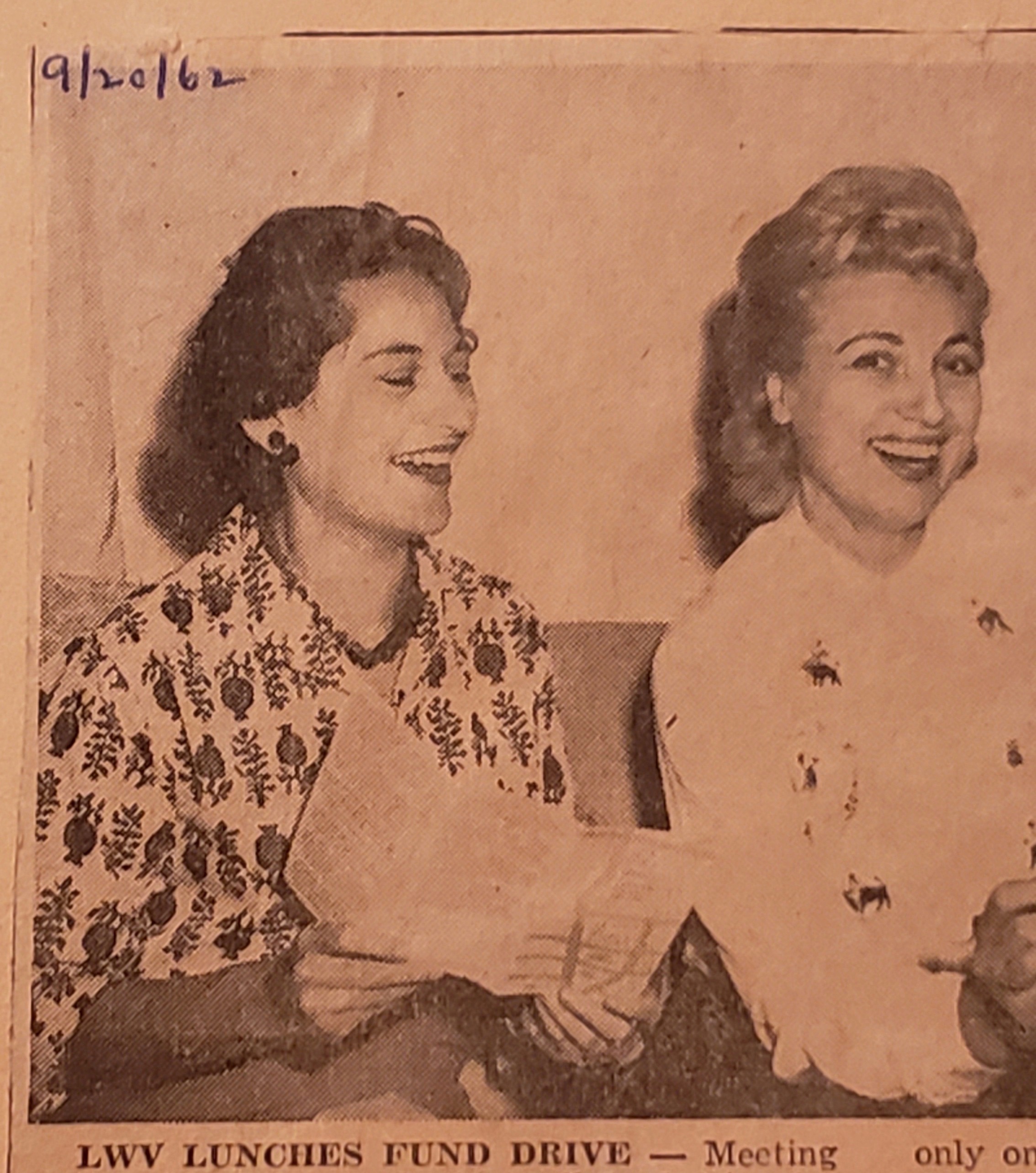 Pictured above are Renee Sachs (l) and Shirley Kobran (r) planning a benefit lunch for the LWV Mid-Hudson Region back in 1962.  Renee was a formative force in the origin of our League.

Renee Sachs died on 10/19/2020 at Woodland Pond in New Paltz, her residence after moving from her long-time home in Kingston. Many a meeting was held at Valentine Court, in the dining room, the kitchen or in the beautiful sunken living room.  A Charter Member of the Kingston League, Renee spent more than 50 years in League activities, beginning with our original Provisional organization and culminating with the voters' approval of the Ulster County Charter in 2007, which she had helped to formulate and worked hard to support. She also worked to update and pass the Kingston City Charter in the 1960s and participated in many other League activities over the years. 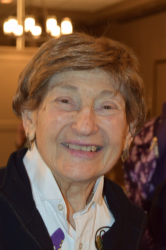 Renee had a brilliant mind, having graduated high school at the age of 15 with a full scholarship to Cornell University. Alas, college was not to be at that time due to the objections of her father, who would not see his 16 year-old daughter on her own in a college dorm. She did eventually obtain her Master’s degree from NYU, pursuing a career in social work and education. She married Jeremiah Sachs and had two children, Heather and Russell, later marrying Victor Steibel after Jerry died. Career and family life did not stop her from work with the League, which provided the social, community and intellectual connections so important to her. Renee was also active in her synagogue and generously supported all manner of the arts. 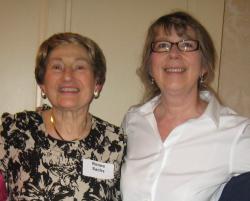 As accomplished as she was, one was always at home in her house. A gracious hostess with a ready smile and an amusing comment often on the tip of her tongue, my experience of Renee was positive from start to finish in the 30+ years that I was fortunate to know her. She was elegant and professional, warm and welcoming, which is a rare combination. She was a gift in life and our community  will be forever enriched by the work she did.

In honor of her generous spirit and in these difficult times, the family has requested donations to a food bank or homeless shelter in her name. Donations to the League in her memory will be placed in the Elizabeth Askue fund for member scholarships.

She will be missed.