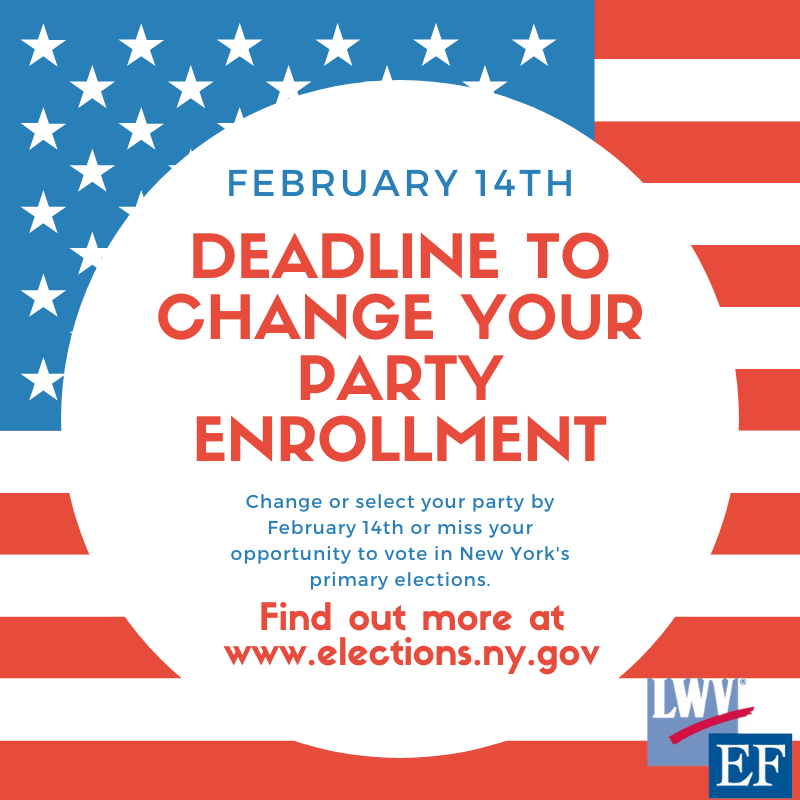 The voter registration form should be used to change your party enrollment from one party to another or to enroll for the first time in a party. A change of enrollment received up until February 14th each year will be effective immediately. Changes received on or after February 15th until seven days after the June Primary will be set aside and opened the seventh day following the June Primary and entered in the voter's registration record.

Issues referenced by this article:
Elections
League to which this content belongs:
Nassau County Inter-League Organization