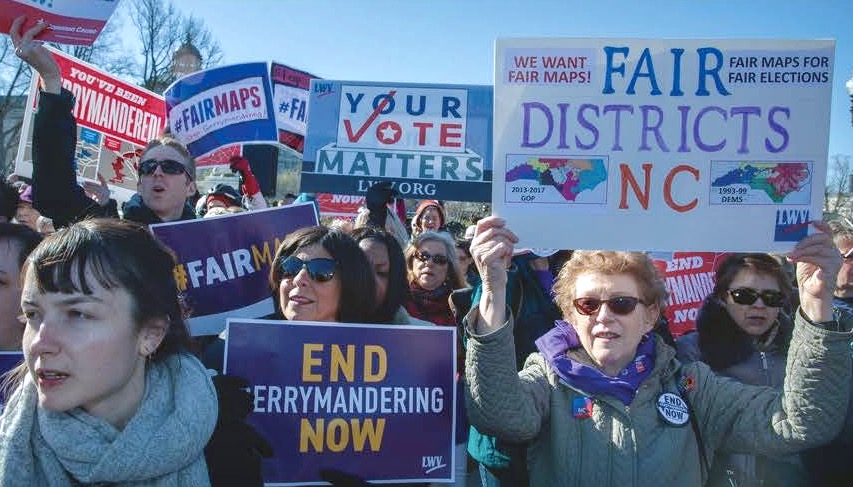 Redistricting Reform Action Team is the Charlotte Mecklenburg League’s conduit to Fair Districts NC, a statewide League education and mobilization campaign. Our vision is redistricting reform prior to the 2021 redrawing when all Congressional and state legislative districts will be reconfigured using results from the 2020 Census.

Fair Districts NC advocates a citizens' commission as the best way to draw our districts, recognizing that having politicians draw their own districts creates a conflict of interest and leads to rigged districts, whichever party is in power.

The Fair Districts NC approach is based on:

Fair Districts NC is a campaign rather than a formal organization.  All of its programs are strictly nonpartisan. It neither advocates for nor opposes any candidate for public office or party.

League of Women Voters of Charlotte-Mecklenburg