We advocate for and educate the public regarding the extent to which our criminal justice system has become an unconsitutional "debtor's prison" for those too poor to pay bail and the extensive array of fines and fees imposed by North Carolina courts.

Protests Are Not Enough, We Must Do More To Combat Racism in America

LWVPT Board Member, Tyler Daye writes on Medium. Democracy only works because the people make it work. Read about 3 steps you can take beyond protesting to fight against racism and police brutality. 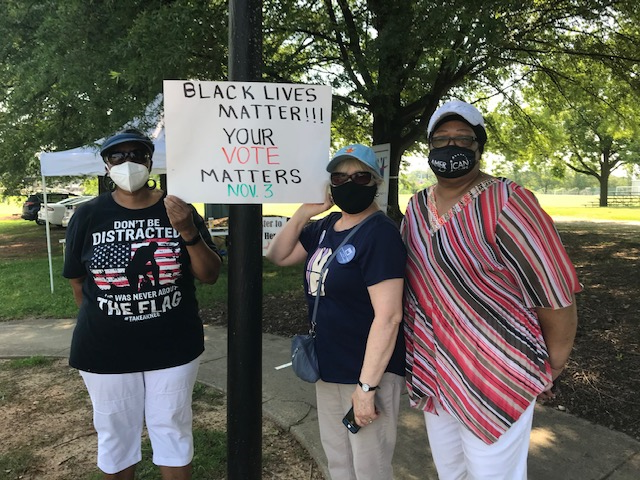 A 2016 documentary from Netflix, was made freely available on April 17th, 2020, on YouTube.
From Netflix: "The title of Ava DuVernay’s extraordinary and galvanizing documentary refers to the 13th Amendment to the Constitution, which reads, “Neither slavery nor involuntary servitude, except as a punishment for crime whereof the party shall have been duly convicted, shall exist within the United States.” The progression from that second qualifying clause to the horrors of mass criminalization and the sprawling American prison industry is laid out by DuVernay with bracing lucidity. With a potent mixture of archival footage and testimony from a dazzling array of activists, politicians, historians, and formerly incarcerated women and men, DuVernay creates a work of grand historical synthesis."

Criminal Justice
We support a criminal justice system that will result in a reduction in the rate of incarceration that has increased over the past several decades, while minimizing crime and maximizing the safety of our communities.

(Thanks to the state League of Women Voters of California, upon whose policies this position is based.)

League of Women Voters ® of The Piedmont Triad