The League of Women Voters, a non-partisan organization, as established nationally in 1920 in response to the passage of the Nineteenth Amendment to the United States Constitution. Its initial purpose was to educate women in civic affairs and teach them to be intelligent, informed voters and independent thinkers. Soon the program was expanded to include voter service and education for the general public, intensive study of government, and thorough investigation of important national, state and local issues. The League of East Cleveland members chose to address such local issues as city and regional planning, rodent control, the public school and library systems, public transportation, recreation facilities, the East Cleveland City Charter, and application of federal and state assistance programs to local problems. The League of East Cleveland also conducted “Know Your Town” programs periodically.

By the late 1960s, membership had declined almost reaching the point at which the League of Women Voters of East Cleveland might have to become a provisional chapter once again. An even more pressing problem was the recruitment of new officers; there were many members with leadership potential, but there was no one with enough time to devote to such positions. In 1972 the nominating committee was unable to find women willing to assume the roles of president and vice-president. That June, the members voted to dissolve the League of Women Voters of East Cleveland. 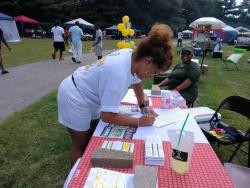 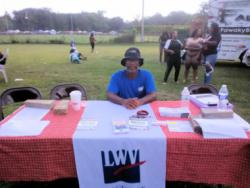 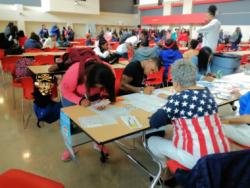 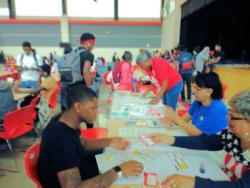