New research from NonprofitVote.org shows that, for young people registered and engaged by nonprofits:

From the LWV Metro Columbus: 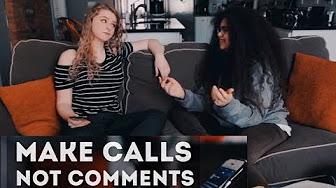 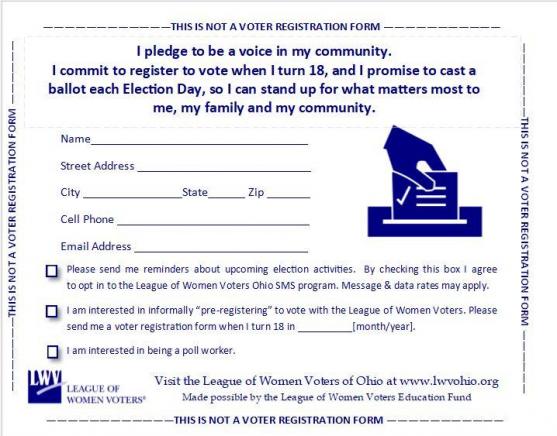 Encouraging voters to sign an “I pledge to vote” card, and then following up by sending them helpful reminders, has been shown to increase voter turnout. LWVO designed a Pledge to Vote (PTV) card geared toward young people that you can use at high schools, college campuses, and other community events. Click here to download the card. Please promptly send completed PTV cards to the LWVO office so that we can include those voters in our election reminder system. Keep a copy for your local League so you can send them local election announcements, such as inviting them to a LWV candidate forum.

How many times have you held a voter registration drive at a high school and had students say with regret that they won’t be old enough to vote this year? Now we have a way to give them a voice! LWVO’s new PTV card includes a check box where teens under 18 can informally “pre-register” with LWV so we can get them registered when they turn eighteen.

Turn in any completed PTV cards to the LWVO office. We take care of tracking and follow-up.

League of Women Voters ® of Ohio