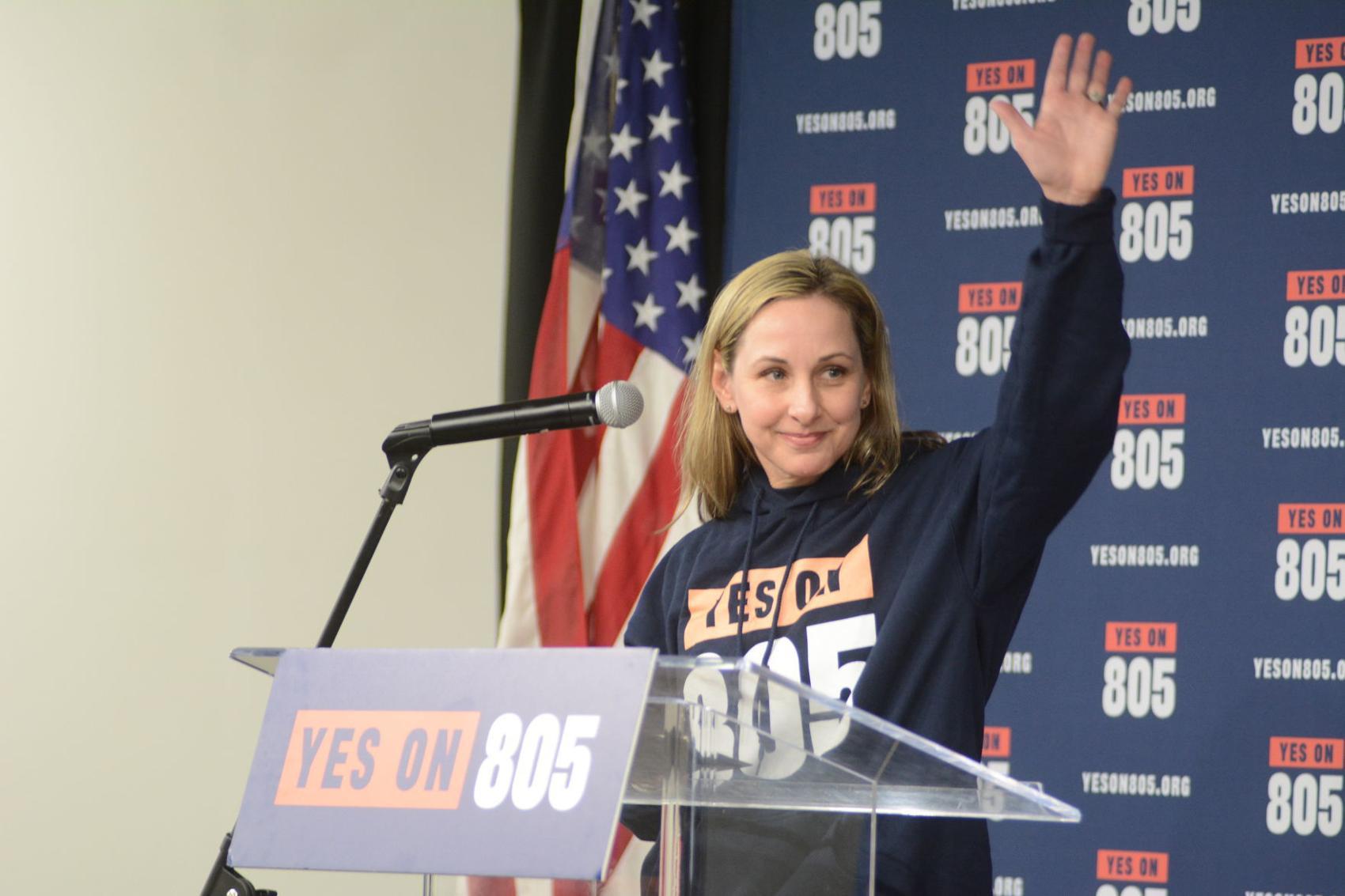 click here to view the rest of YesOn805's fact sheet.

SQ 805 is a sentencing reform that would end the use of repeat sentence penalties for nonviolent offenses. Under current Oklahoma law, individuals with one or more prior convictions can face sentence penalties that stack years, decades and even life in prison on top of already extreme prison sentences. As a result, people in Oklahoma spend far longer in prison for nonviolent crimes than people in other states, with no benefit to public safety.

WHY IS REMOVING THESE REPEAT SENTENCE PENALTIES IMPORTANT? Oklahoma’s sentence penalties for nonviolent offenses contribute to Oklahoma’s third-highest imprisonment rate in the country. The result is that Oklahoma taxpayers pay more than half a billion dollars each year with no improvement in public safety. This does not have to be the case. Time and time again, states have shown that reducing crime and incarceration go hand-in-hand.

SQ 805 DOES NOT ELIMINATE SERIOUS PENALTIES FOR VIOLENT CRIMES, INCLUDING SERIOUS DOMESTIC ABUSE AND ASSAULT CRIMES. • SQ 805 does not reduce or change the underlying sentence for any crime. • For example, individuals convicted of patterns of domestic violence or abuse will still face a prison sentence of up to ten years. • SQ 805 does not eliminate pattern penalties, meaning someone who has multiple misdemeanor DUI or misdemeanor domestic abuse offenses can still be enhanced to a felony offense and face prison time.

visit YesOn805.org for more information about what voting YES on 805 does & does not do.

Point of View: SQ 805 a bad idea for Oklahoma 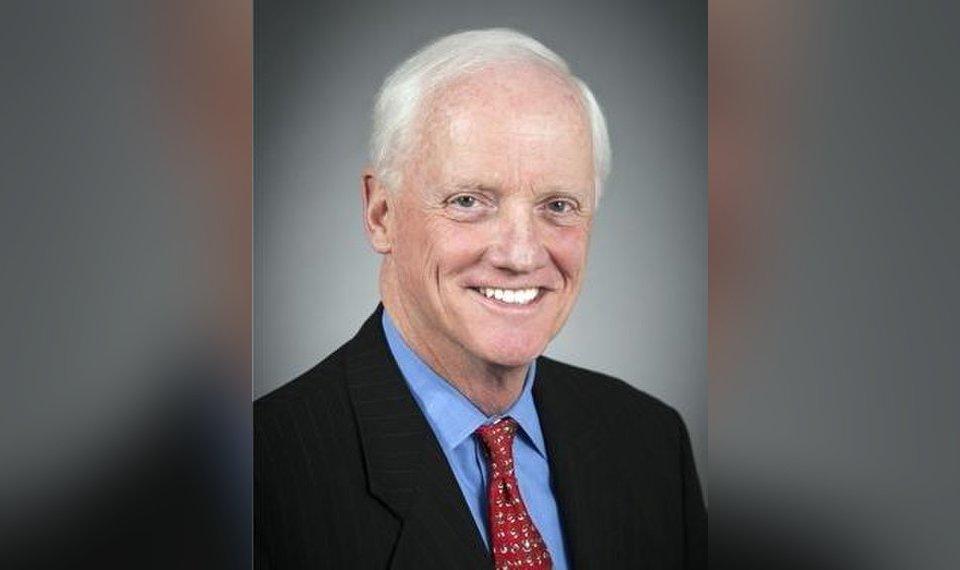 This constitutional amendment is the ultimate gift to the career criminal and the insect crime wave of the lifetime repeat offender. The language says that if you commit a “violent crime,” and there are 52 listed, you can have the book thrown at you. However, if you commit any other of the hundreds of criminal acts, including many that are very serious and dangerous, a second offense remains a first offense for punishment. No matter how many times you offend. There is no “enhancement” permitted. “After Former Conviction of a Felony” will become a useless phrase. A person’s selfish and destructive long life of crime will be handled as one first offense after another. The fifteenth offense is the first offense as far as punishment goes.

How many times can a criminal do these? As many as they wish. Each time, they will be treated as a first offender. Click here to view the entire article. 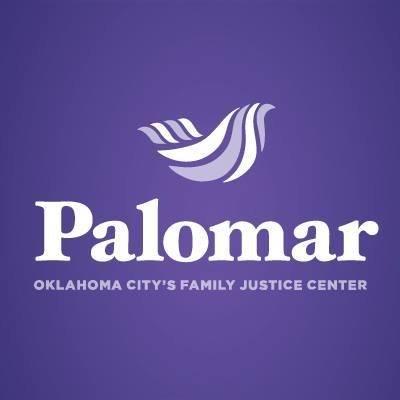 Palomar, Oklahoma City's Family Justice Center, does not currently support SQ805. Domestic violence is for the most part considered a non-violent crime in Oklahoma so Palomar feels that passing SQ805 will assist perpetrators of domestic abuse crimes in victimization towards their victims.

To the Office of the Governor,

We are writing to you today to correct several inaccuracies circulating about the State Question 805 ballot initiative.

It has come to our attention that some individuals are stating SQ 805 will allow sentencing relief for 83% of the entire Oklahoma prison population. This is factually untrue and an odd misinterpretation of the OCPA report the letter cites as its source. The report states that 83% of individuals who are eligible to apply for a modified sentence and early release are in prison for drug or property offenses. Those eligible represent far less than 83% of all inmates.

In reality, only an estimated 8% of Oklahoma’s overall prison population would be eligible for resentencing, just over 2,000 people. Of these 2,000 individuals, 83% (almost 1,700), are incarcerated for drug or property offenses and approximately 300 are in for all other crimes, including driving under the influence, possessing a firearm after a felony conviction, and all domestic abuse or other legally nonviolent person offenses combined.

Additionally, there are claims SQ 805 will “lessen penalties” for eligible nonviolent offenses. SQ 805 will not eliminate maximum sentences for any offense nor reduce or change the underlying sentence for any crime. It will continue to allow judges and juries to take previous crimes into account when sentencing. Legislators will still have power to add or remove crimes from the violent crime list or change the underlying sentence for any offense. That means if Oklahoma legislators decide that sentences are too short or too long for any charge, they have the power to make adjustments.

Finally, it is factually incorrect that SQ 805 will lessen penalties for child trafficking in any way. Human trafficking and trafficking of a child are violent crimes in Oklahoma. Anyone convicted of trafficking a child faces a mandatory minimum of 15 years and a maximum sentence of life. SQ 805 will not impact the sentencing range for trafficking a minor or make it more difficult to hold people accountable for this horrendous crime.

-- click here to be redirected to the full article/letter.

State Question 805, which Oklahomans will vote on this November, would limit this sentence enhancement to crimes that the Legislature has classified as violent. Repeat offenders could still be sentenced at or near the top of the range for their crime. The Legislature would also retain the power to increase the sentencing range for any crime.

Let me say first: if State Question 805 did anything to make it easier for violent domestic abusers, I wouldn’t support it. Who would? But a closer look at law and policy shows that opponents of State Question 805 are not telling “the whole truth, and nothing but the truth.”

As any prosecutor or defense attorney can attest, there are few run-of-the-mill domestic abuse cases. Some are vicious assaults by men against women and children. Others are verbal, but still result in criminal charges. Some involve children against parents, wives against husbands, and even siblings or roommates against each other. Classifying a crime as violent can result in much longer sentences, which in some cases makes it much harder to bring charges, get witnesses to testify, and ultimately achieve a conviction. In other words, the Legislature has had its reasons to not classify all domestic abuse as a violent offense.

When domestic abuse does turn violent, there is no shortage of statutorily defined violent crimes that can be—and are—used to prosecute these offenders. A list of all 52 crimes classified as violent offenses can be found here. Statutorily defined violent offenses that could be charged against a perpetrator of domestic violence include various forms of assault and battery, murder, manslaughter, maiming, child abuse, and various sexual crimes. In other words, prosecutors already have choices, in many cases, about whether to charge a defendant with a crime classified as violent or not.

This statute provides what is, in effect, a sentence enhancement for repeat domestic abusers—but this statute is untouched by State Question 805. The maximum penalty is 10 years in prison. And it does not even require a prior conviction, but only credible testimony of at least one prior act of domestic abuse. In other words, there is already a separate sentence enhancement available to prosecutors in Oklahoma for domestic abuse crimes and it is unaffected by State Question 805.

As stated earlier, I will address other crimes in another article. When it comes to domestic abuse, SQ 805’s detractors are attempting to scare Oklahomans from pursuing desperately needed sentencing reform. Oklahoma recently improved two spots, from 49th to 47th, in incarceration—all while crime rates went down. State Question 805 is good policy designed to help continue both of those positive trends.

Does SQ 805 allow criminals to break into your home with impunity?

League of Women Voters ® of Oklahoma