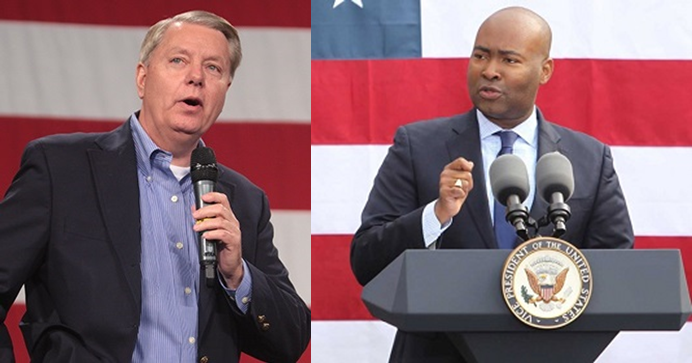 Republican U.S. Sen. Lindsey Graham and his Democratic challenger Jaime Harrison are scheduled to face off in three televised debates. All the debates are scheduled in October and will last one hour.