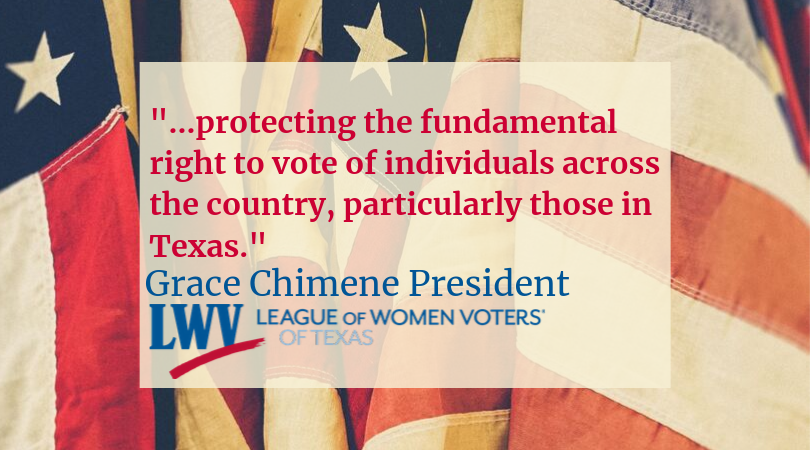 On behalf of the League of Women Voters of Texas and partnering organizations, the Texas Civil Rights Project filed an amici curiae brief in Common Cause v. Lewis supporting the release of Republican strategist Thomas B. Hofeller's files to the public.

The organizations filing the motion have a long history of working to ensure that underserved Texans have a voice in the political process.  Based on information from Mr. Hofeller that has already been made public, Texas was used as a case study in his analysis on the impacts of using voter eligible population, rather than total population, to draw legislative districts for the Texas House of Representatives.  His report concluded that using voter eligible population would advantage non-Hispanic Whites to the detriment of other demographic groups. This would be in direct conflict with the League's goals of protecting the voting rights of historically disenfranchised communities of color. The use of voter eligible population to draw districts would also undermine the commitment to protecting the representational needs of communities with large immigrant populations and large youth populations.

Both at the national and state levels, the League of Women Voters has a long history of advocating for fair, transparent, and accountable redistricting practices. In line with our stated position on redistricting, we believe that Mr. Hofeler's files should be made public given that the information contained in those files impacts the fundamental right to vote of individuals across the country, particularly those in Texas.