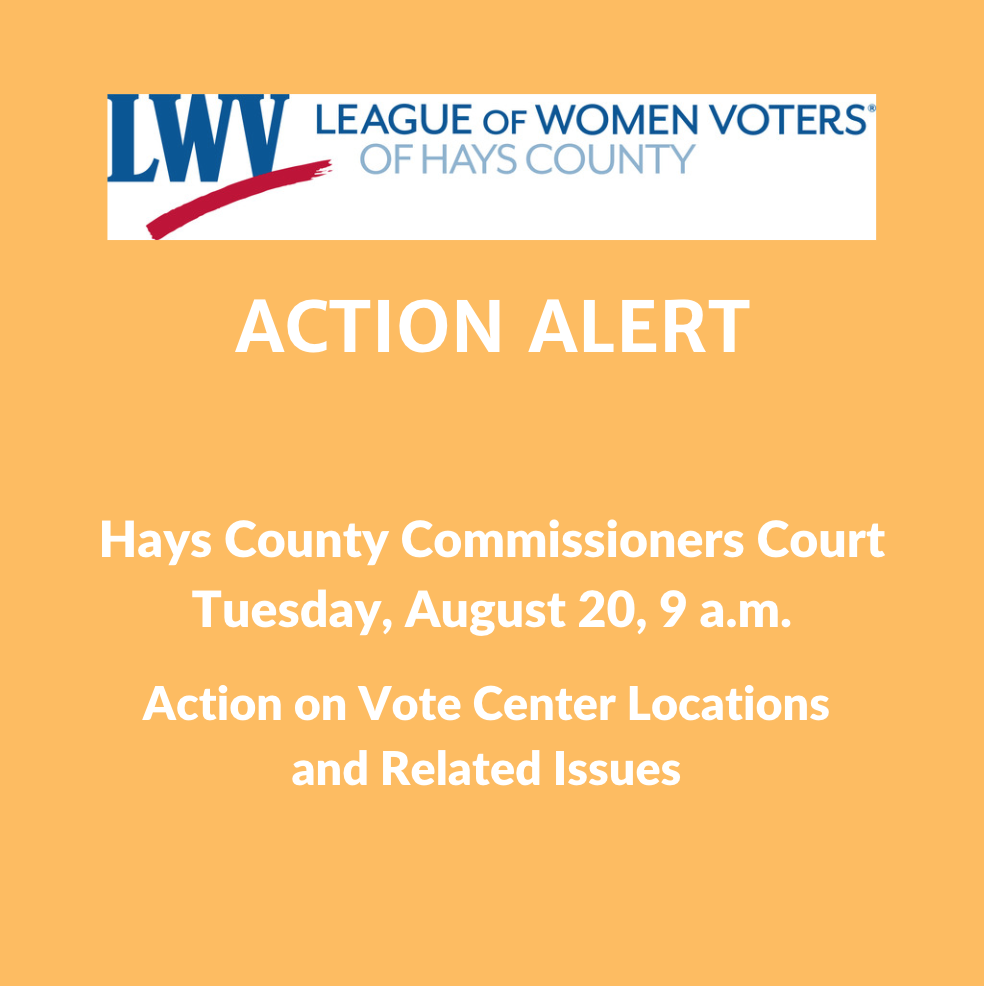 At Monday evening's public hearing on the proposed Vote Center locations, a standing-room-only crowd spoke  to the Commissioners Court for more than three and a half hours. On Tuesday, August 20, the Court will consider and act on several elections-related items, including Vote Center locations. The releveant items on the agenda for that meeting are pictured below. The full agenda with supporting documents can be found here. The meeting starts at 9 a.m. at the Hays County Courthouse, 111 E San Antonio St, San Marcos, TX 78666.

The proposed voting locations as listed in the agenda packet for the August 20 Commissioners Court Meeting are below.

The proposed list of Election Judges and Alternates is below.