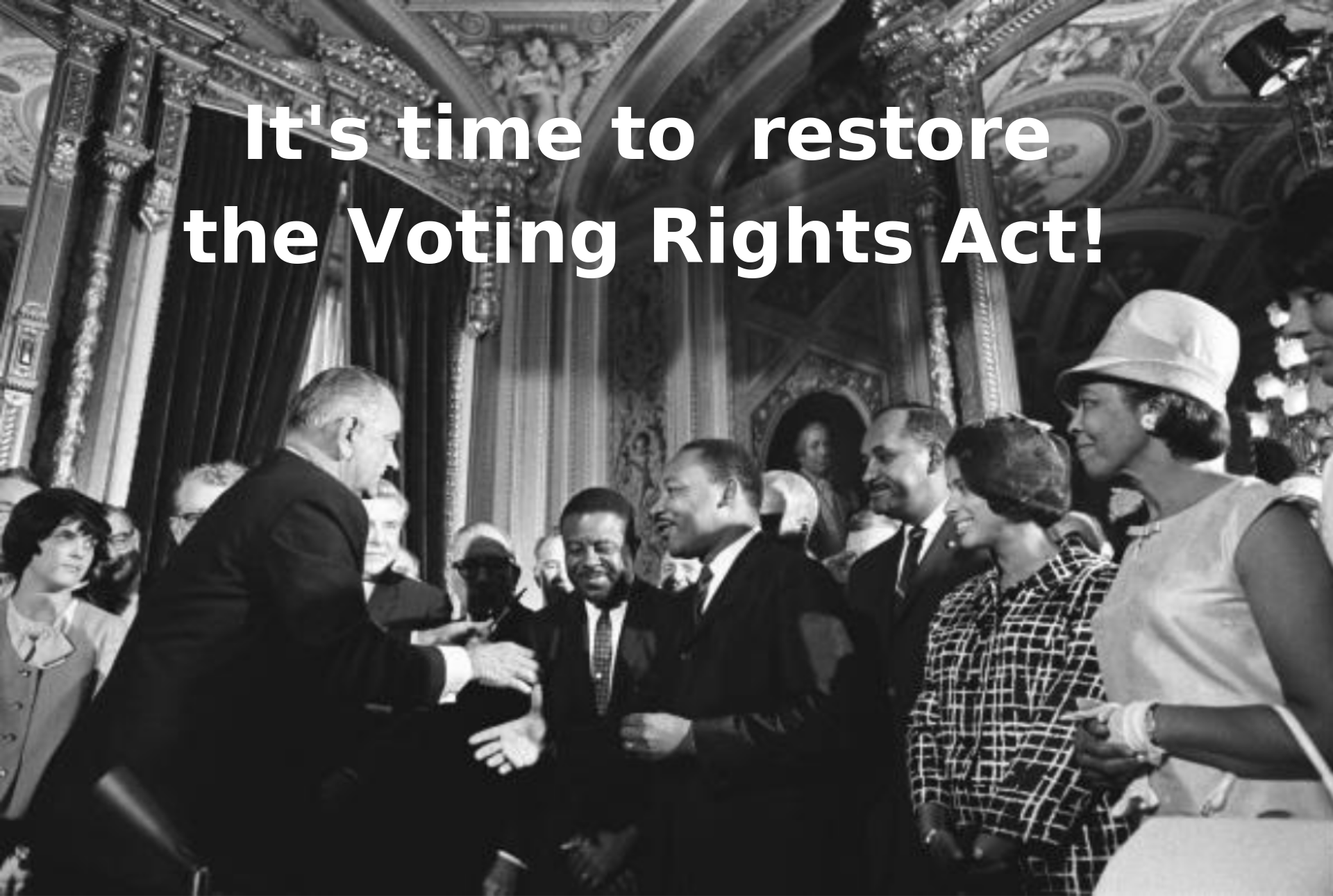 On August 6, the League of Women Voters of Hays County is hosting a Voting Rights Act (VRA) Vigil on the Hays County Courthouse lawn beginning at 6:30 p.m. A speaker will address the impact of the Supreme Court’s Shelby County v. Holder 2013 decision on voting rights. That decision ruled sections of the VRA unconstitutional and has had far-reaching consequences.

Numerous other vigils hosted by the League of Women Voters and other organizations are scheduled throughout the U.S. Stationery and stamps will be available for those who want to let their Congressional representatives know that we want the voting rights protections of the Voting Rights Act restored.

The Voting Rights Act (VRA), a key piece in President Lyndon Baines Johnson’s civil rights legislation, was signed into law on August 6, 1965. It outlawed voting practices such as poll taxes and literacy tests designed to limit or prevent voting by nonwhite citizens. These practices were adopted by many southern states – including Texas – after the Civil War.

The VRA's impact on voting was huge in many Southern states. For example, the US Commission for Civil Rights noted that in Mississippi alone, black voter registration rates increased from just 6.7 percent in 1965 to 59.8 percent in 1967. The Justice Department has considered this to be the most effective civil rights legislation enacted in the U.S.

In the 2013 Shelby County v. Holder decision, the Supreme Court ruled that the formula used to determine which jurisdictions had to comply with the VRA was outdated. Since then 20 states have passed voting laws which have included gerrymandering, voter ID laws, and voter purges. These laws have put up barriers to voting and suppressed the voices of entire communities.

Under Section 5 of the Act, states were required to ensure that changes to voting procedures would not harm minority voters. Because of their past histories of discrimination, the majority of the 20 states referenced were required to submit changes to voting procedures for review and approval. The Supreme Court left it to Congress to enact a new coverage formula to reinstate Section 5 of the Voting Rights Act. Six years later Congress has not yet acted.