Empowering voters and defending democracy in Texas takes a lot of work and energy from our incredibly dedicated volunteers. It also takes money! Please consider donating at a sponsorship level to support our mission.

Minnie Fisher Cunningham was the first executive secretary of the League of Women Voters, and a suffrage politician who worked for the passage of the Nineteenth Amendment to the United States Constitution, giving women the right to vote. 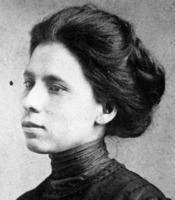 Jovita Idár was an American journalist, political activist and civil rights worker, born in Laredo, Texas in 1885. Idár strove to advance the civil rights of Mexican-Americans. She was elected president of the Liga Femenil Mexicanista in Laredo and organized at El Primer Congreso Mexicanista, the first statewide Mexican American civil rights meeting. 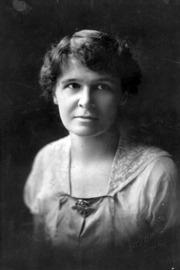 Jane Y. McCallum was a suffragist leader and Texas Secretary of State. She was a pioneer sheriff of Wilson County in the late 1870s and early 1880s. She organized the Joint Legislative Council, called the "Petticoat Lobby" which was one of Texas' most successful public interest lobbies. The Petticoat Lobby combined the efforts of women's groups to drive progressive legislation through the Texas Legislature. The Women's Suffrage Association elected her president and she also headed publicity efforts for the League of Women Voters of Texas and served as the first vice president of the League. 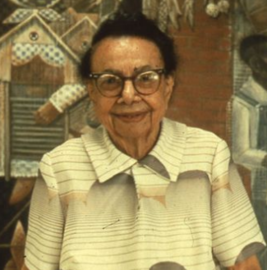 Christia Adair, an NAACP leader from Houston, worked for full suffrage and was one of the first black women to vote in a Democratic primary after the Supreme Court struck down Texas' white primary law in 1944. As executive secretary of the Houston NAACP for 12 years, she and others desegregated the Houston airport, public libraries, city buses, and department store dressing rooms. Despite official harassment, Adair and others rebuilt the Houston NAACP chapter, which grew to 10,000 members. 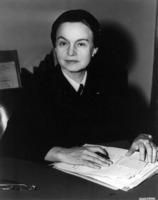 League of Women Voters of Texas president, Oveta Culp Hobby was the first Secretary of the U.S. Department of Health, Education and Welfare, first Director of the Women's Army Corps, and a Chairperson of the Board of the Houston Post. Her husband, William Hobby, was the Texas Governor who signed the law allowing women in Texas to vote in a primary election.

Irma Rangel was an educator, attorney, and politician. In 1976 she ran successfully for a seat in the Texas House of Representatives and became the first Mexican American woman elected to the Legislature. Rangel co-authored House Bill 588 with Senator Gonzalo Barrientos. Commonly referred to as the "Top Ten Percent Plan," the law required that all public colleges and universities in Texas automatically admit students who graduated in the top ten percent of their high school class allowing thousands of students access to quality higher education.