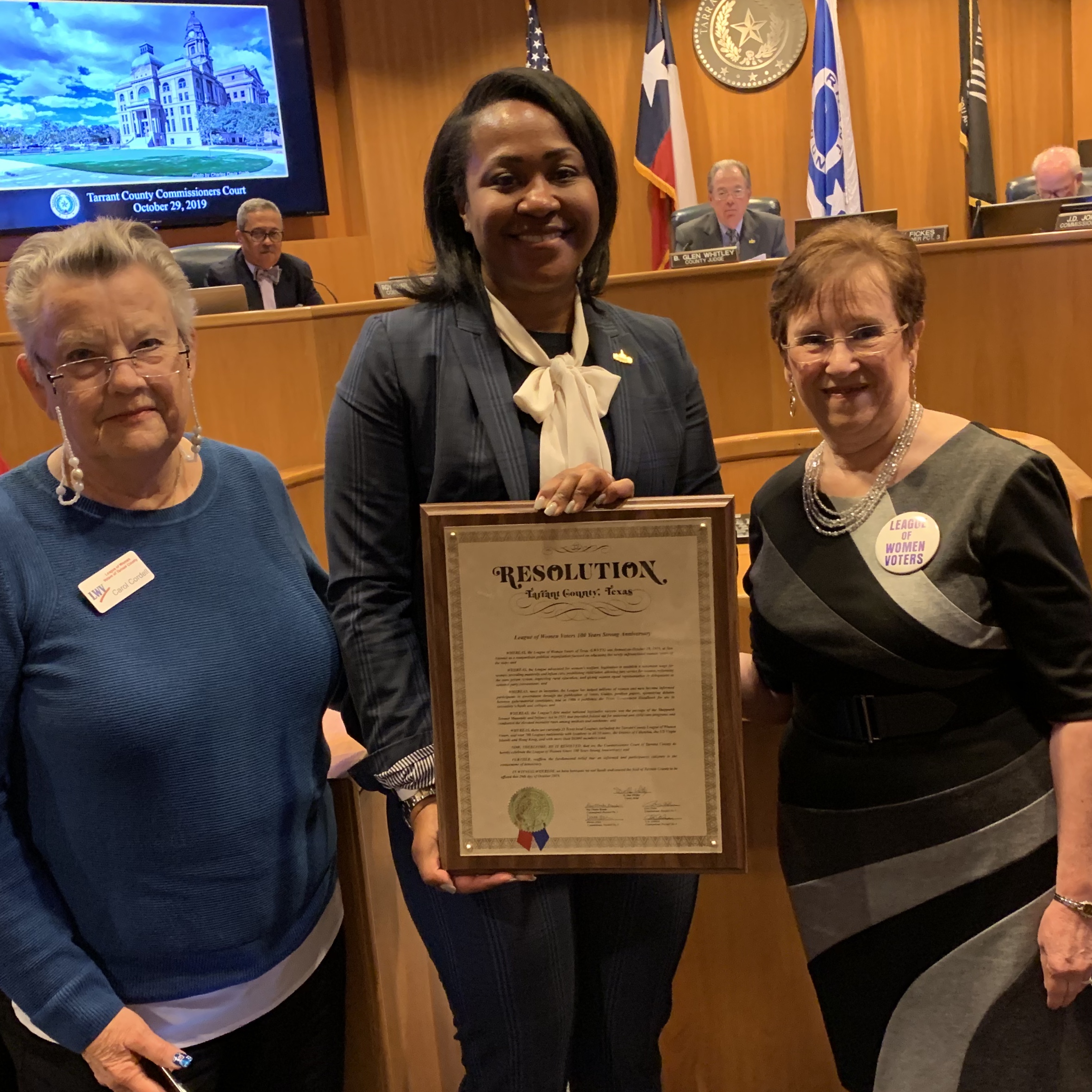 Commissioner Allen, Judge Whitely and commissioners, I am honored to be here this morning to accept this resolution on behalf of the Tarrant County League of Women Voters. Texas was one of the first states to ratify the 19th Amendment. On March 26, 1918, Governor William Hobby signed the bill giving women the right to vote in the Texas Primaries. The primaries were being held seventeen days later. In those next seventeen days, over 386,000 Texas women registered to vote and voted in the primaries.

The Texas Woman Suffrage Association held a state convention each year from 1893 until October 19, 1919 when it became the League of Women Voters of Texas. Here in Fort Worth, the first president of the Tarrant County League of Women Voters was Clota Terrell Boykin. Most documents refer to her by her married name, Mrs. Stanley Boykin. Her scrapbook from those early years is preserved at the Tarrant County Archives and is now digitized and available online. It is a personal microcosm of the early struggle for women to gain the right to vote. Your county archivist, Dr. Youngblood, is currently working to have a historical marker placed on the home that the Boykins owned here in Fort Worth – which is still standing in the Fairmont District.

Many people associate the League only with voter registration, however, of equal importance to us is the education of the electorate on issues and democratic processes. As others have said, democracy is messy. It demands an informed and engaged citizenry and a degree of altruism. When the electorate becomes focused on “me” rather than “we”, that is when our constitutional democracy falters.

Again, thank you for this recognition.