All citizens wishing to vote must be on the official list of registered voters.

Voters may use one of seven (7) forms of photo ID, listed below.

Note: IDs may be expired up to four years. Persons 70 years of age or older may use an expired ID. ID address does not have to match the voter registration address

Registered voters without photo ID, who cannot reasonably obtain one, may sign a form and present the original or a copy of one of the following documents with the voter’s name and address to vote a regular ballot:

The form is called a "Voter's Declaration of Reasonable Impediment or Difficulty."

The voter must mark one of the following reasons for not presenting a photo ID:

NOTE: Texas voters do not need the new "Real ID" to vote!

Help for voters in Texas who need voter ID information!

Call us if you have any voting questions or concerns?

The League of Women Voters of Texas fights for your right to vote! 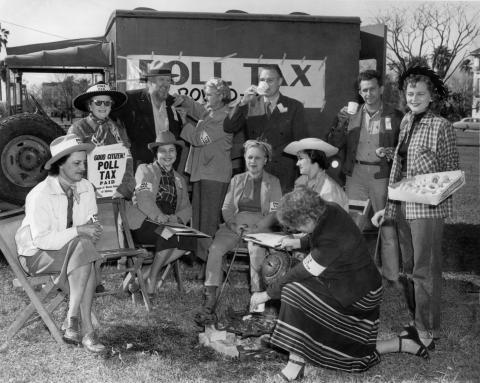