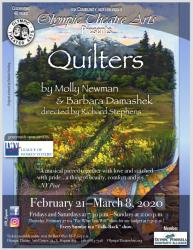 Weekends February 21st through March 8th:  Olympic Theatre Arts (OTA) and LWV team up again to co-sponsor Quilters, "The musical story of a pioneer daughter and her six daughters that blends  love, warmth, rich and lively humor, and the moving spectacle of simple human dignity and steadfastness in the face of adversity." ~ NY Post BUY TICKETS HERE! 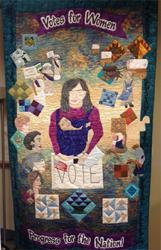 August 15 Celebration Finale with Live Music, Bar, and Quilt Raffle! Join us at Olympic Cellars Winery to celebrate 100 years of women voting! Local favorite Cream Tangerine will be playing and we'll be raffling off our beautiful Centennial Celebration quilt. A BIG THANK YOU to the Sunbonnet Sue Quilt Club for your support!  Sue Stenick, LWV member heading up the quilt project says "Our quilters for this are artists....our whole group feels passionate about the message of women getting the right to vote, and all the hard work and history that went into it." * Raffle tickets may be pruchased for $5 at all OTA events and at the Finale Event.

January 18th and 19th: In partnership with Olympic Theatre Arts (OTA), join us for our Centennial kick-off celebration, a presentation of Miss Lillian, a Life of Some Significance. "Step inside the personal history of Jimmy Carter's mother in this one-woman show featuring internationally-known stage and television actress Carol Swarbrick." ~ OTA Theatre

January 30th: Selected presentations from the play Shattered Ceilings, a theatrical performance celebrating women involved with the Suffrage Movement and those who shattered their own personal ceilings — for themselves and women who followed. Venue: Peninsula College's Studium Generale. FREE!

Learn about American Women of Color's Struggle for the Vote 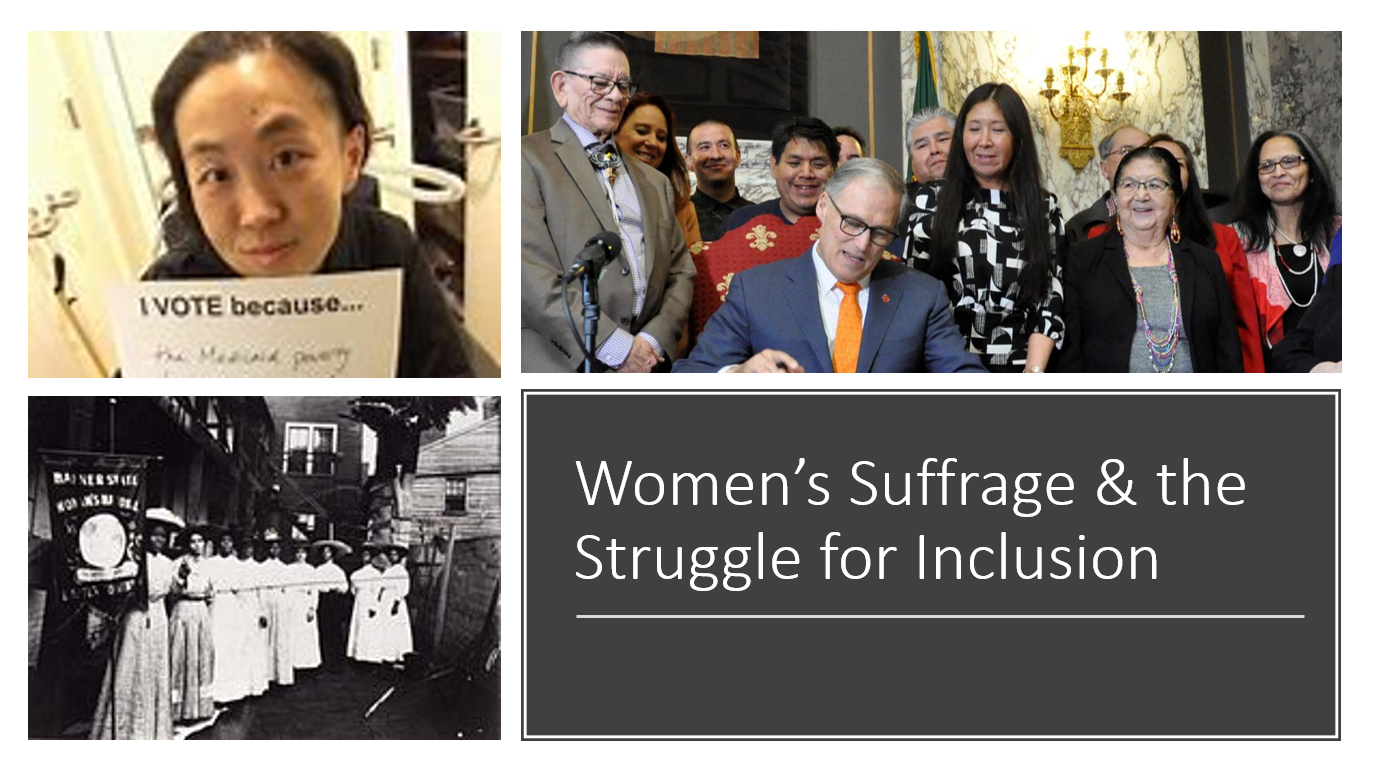