Marking a century since passage of the 19th Amendment

Marking a century since passage of the 19th Amendment 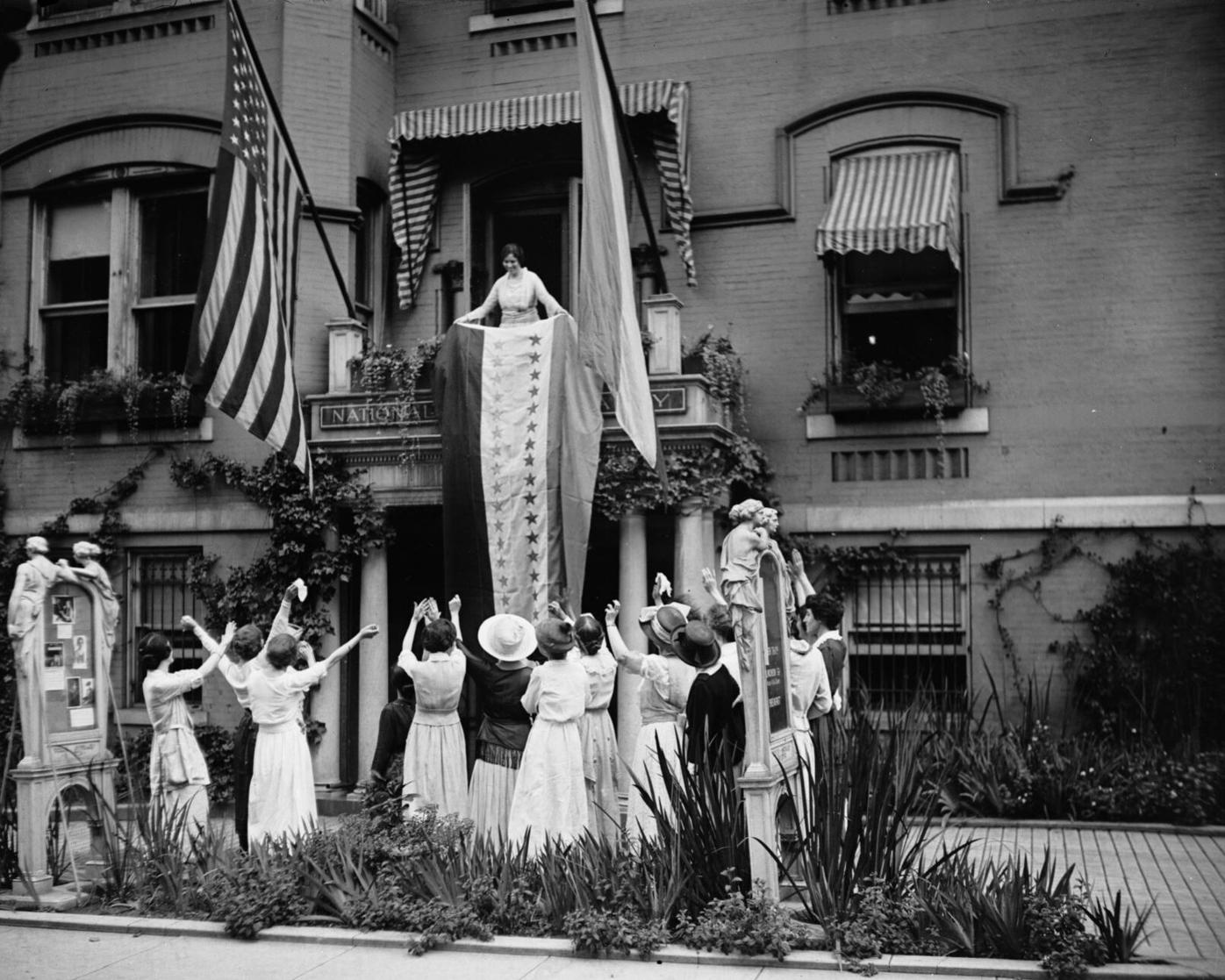 The Beloit League of Women Voters and several organizations had planned a gala event to celebrate passage of the 19th Amendment. However, since the COVID-19 virus hit the area, they decided it would not be safe to do so. Members of the league did agree, however, to do an interview for the Beloit Daily News answering questions about the suffragette movement and the LWV. The League also will make alternative plans for a celebration.

Names like Elizabeth Cady Stanton, Carrie Chapman Catt and Alice Paul may be lost in the annals of history. But without their tireless efforts and growing population of supporters over the decades, the plight of women and the vote most likely would have had a different outcome.

As it turned out, it took more than 70 years for devoted suffragists and suffragettes and their dedicated followers to accomplish their goal.

Suffragists believed in peaceful campaign methods. After the suffragists failed to make significant progress, however, a new generation of activists were formed taking a more militant approach. They were the suffragettes.

While the western states did allow full suffrage for women before 1920 and some states allowed women to vote on school or municipal issues, the southern and eastern states were the most difficult to convince, according to research.

Adding to the dilemma of whether a national constitutional amendment would ever pass was that the separate suffrage groups did not agree on how matters should be accomplished.

In the end, it not only took a vast amount of diplomacy and political maneuvering, it took jail time, hunger strikes and forced feedings, demonstrations, protests, marches and endless lobbying across the country and in Congress. It took women from the two opposing groups banding together and it took majority support from the House of Representatives and the Senate, according to research.

Finally, after a decades-long struggle, the 19th Amendment to the U.S. Constitution was ratified on Aug. 18, 1920. It was certified on Aug. 26, 1920 which then gave women the right to vote in the November 1920 election, said Beloit league members.

However, while it was a victory for many, the landmark decision rang hollow for others as not all women still were accorded the right to vote, according to the League of Women Voters of Beloit.

“Japanese, Asian, Indian, Chinese American, Filipino and Native American women still were not eligible to become naturalized and would not benefit,” said Susan E. Adams, Ph.D and President of the Beloit LWV.

“Many African-American women and men, especially in the American South, were denied suffrage for decades through state Jim Crow laws, which enforced segregation and imposed poll taxes, fees and literacy tests as prerequisites for voting. Women of color faced discrimination and racism at the polls until the Voting Rights Act of 1965,” Adams said.

The League of Women Voters also played a role in the suffrage movement even before the 19th Amendment was passed. The first LWV in the country was formed in February of 1920, six months before the amendment ratification, Beloit members said.

“The League of Women Voters of Beloit was organized in 1945 to encourage women to participate in shaping public policy,” said LWV member Beatrice McKenzie/professor of history at Beloit College.

“The league is the successor organization of the National American Woman Suffrage Association, one of two woman suffrage organizations in the 1910s whose involvement led to passage of the suffrage amendment,” McKenzie said.

Then, as now, league members are encouraged to be active politically, but to remain nonpartisan. Membership is open to both men and women.

The league’s mission is to encourage the informed and active participation of citizens in government, working to increase understanding of major policy issues and influencing public policy through education and advocacy while remaining nonpartisan.

Some of the ways the LWV in Beloit has met its mission, include:

The LWV membership decides on which issues it will study. Recently, it studied whether to maintain the school resource officer program. The LWV supports maintaining the program in the intermediary and secondary schools in the local public school districts.

Past studies have included: the need for a new high school in 1945;Turtle Creek Watershed, 1960s; city government, 1983; affordable housing, 1995; national study of nuclear energy, 1960s and voter ID in 2010, according to research conducted by member McKenzie.

One past issue the league advocated was getting the “no” vote put on a referendum in the 1950s that favored reapportionment based on political affiliation. Beloit, Janesville and Edgerton leagues worked jointly on the effort. The Beloit league also advocated building a new library in 1967.

One past issue the Beloit league did not advocate for was the casino. However, members said recently that may be studied again because times have changed during the past 20 years since it was considered.

When asked why the LWV still has merit in the modern-day world, members said it has to do with democracy.

“The whole idea is to promote democracy and voting rights for everyone,” said Deb Fallon. “That’s what the league does; we’ve been very active in voting rights issues and informing the public.”

“It’s a well-respected organization and we study the issues,” Adams said. “We support lawsuits, voter purges and voter rights.”

Bette Carr said the league still has merit today because of the past.

“It’s always been nonpartisan and issue oriented,” Carr said. “We research, we engage the topic and we come to consensus.”

“We try to give them resources and tools,” she said.

As for the significance of commemorating the century-old 19th Amendment ratification, league members say it is important.

“I think it’s important to remember our history,” Adams said.

“It’s a time for reflection. Where are we now and do we have the right to vote for all?” Carr said.

“We can celebrate the 100th anniversary of the passage of the 19th Amendment, but let’s not rest on our laurels,” Adams said.

Work is still needed to remove voting barriers that plague people of color, students and the disabled, she said.

For more information about the League of Women Voters of Beloit, contact Deb Fallon at 608-362-4778 or email to: debfallon [at] gmail.com.

League of Women Voters ® of Beloit