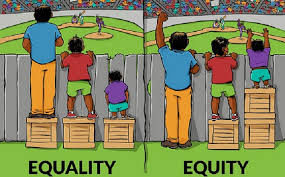 At the LWV Ohio State Convention in 2017 it was agreed to form a study committee to study the issue of Health Equity. The eventual committee was made up of members from 7 different leagues. The committee gathered a plethora of information from which they developed discussion questions, the answers to which will eventually be used to form a new state position.

Using the discussion questions as a guide, Leagues from around Ohio must now meet and form a consensus . (Consensus is the overall decision-making process by which substantial agreement among members is reached on an issue. If the members reach consensus, the board forms recommended positions based on that consensus. Those recommendations are submitted to the Study Committee.)

At a Consensus Meeting to be scheduled early this spring, we are being asked to agree or disagree with:

2)    Factors other than access to health care that contribute to an individual’s health,

3)    Factors that contribute to a healthy community,

4)    The extent of state government involvement to promote health equity,

6)    If non-profits and religious organizations should play a role in promoting health equity and the areas they should focus on.

The decisions at this meeting will be used by the LWVOA board in developing its report to the study committee.

All members will be sent the study packet developed by the study committee. Please look for it in your inbox. It would be very helpful if you read at least the articles listed for one or two of the questions.

Taking part in this consensus meeting is one of the most important things you can do as a League Member. The League of Women Voters takes action on an issue only when we have a position addressing it. If the members have not studied and come to consensus on it, the League has no position and therefore cannot take action. Studies (whether national, state, or local) are a defined process lasting one to three years, during which we undertake thorough pursuit of facts and details, both positive and negative, and come to consensus about policy.

Know about the yellow rose?
Read about it here.

January 6, 1920, Kentucky voted to ratify the Nineteenth Amendment. Two months later, on March 29, 1920, the Kentucky legislature also passed a measure allowing women to vote in presidential elections. That law became unnecessary when the 19th ammendment was ratified by the 36th state.

February 14, 1920: The League of Women Voters is founded as "a mighty experiment" at the Victory Convention of the National American Woman Suffrage Association in Chicago, Illinois. By now, 33 states have ratified the suffrage amendment, but final victory is still three states away.

August 18, 1920: Tennessee becomes the 36th state to ratify the Amendment. A young state legislator casts the deciding vote after being admonished to do so by his mother.

August 26, 1920: The 19th Amendment is quietly signed into law by Secretary of State Bainbridge Colby, granting women the right to vote.

In the November 2, 1920 Presidential Election just 36% of eligible women turned out to vote (compared with 68% of men). The low turnout was partly due to other barriers to voting, such as literacy tests, long residency requirements and poll taxes. Inexperience with voting and persistent beliefs that voting was inappropriate for women may also have kept turnout low. The gap was lowest between men and women in states that were swing states at the time, such as Missouri and Kentucky, and where barriers to voting were lower."