Women to the Polls: A Suffrage Film Festival

Women to the Polls: A Suffrage Film Festival 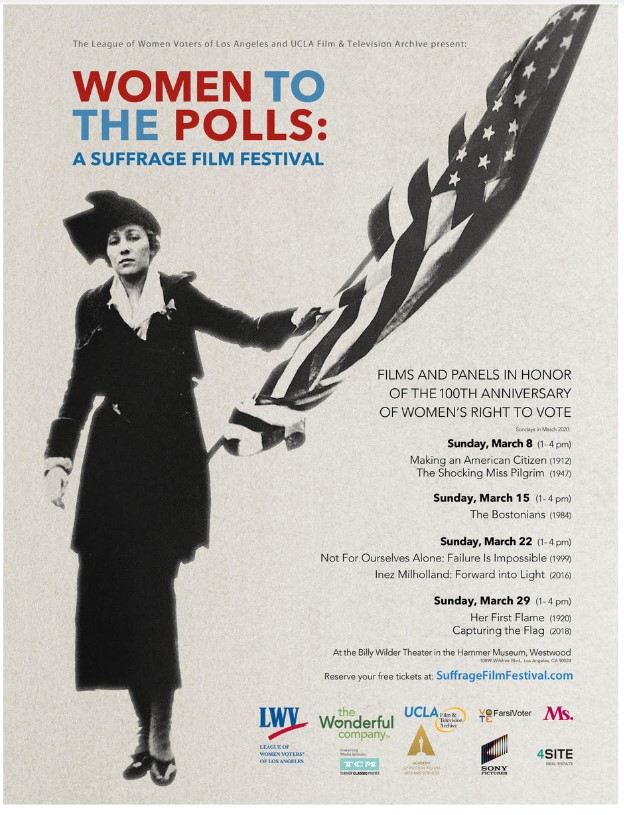 The League of Women Voters Los Angeles and UCLA Film & Television Archive Present Screenings in Honor of the 19th Amendment and 100 Years of Women’s Right to Vote.   March 8th, 15th, 22nd, and 29th

The Festival celebrates the Centennial of the passage of the 19th Amendment by showcasing a wide range of films that address issues surrounding American women’s fight to win the vote. There will be panel discussions and the festival will run for four consecutive Sundays beginning Sunday, March 8, 2020, at the Billy Wilder Theater at the Hammer Museum, 10899 Wilshire Boulevard, Los Angeles, 90024.

For tickets and more information about the festival, please click on the link below.

This article is related to which committees:
Events Committee
League to which this content belongs:
Pasadena Area