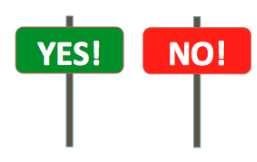 The League of Women Voters of Wellesley sponsored a School Referendum Forum on Wednesday, February 26, 2020 in the Wakelin Room of the Wellesley Free Library attended by about 60 residents and broadcast live by Wellesley Media. The topic of discussion was a citizen-led non-binding referendum question which will appear on the Town Election ballot on March 17, 2020 asking residents to recommend either a six or seven elementary school model to the School Committee. The debate was moderated by Peg Metzger, former Town Moderator and current Natick resident. Each side was represented by three residents, and both sides were invited to make 10 minute presentations and answer questions from the LWVW which were given to them in advance. Audience members also provided written questions to the two sides.

The text of the ballot question is the following:

“Do you believe the Town of Wellesley should keep our current 7 neighborhood elementary school model by rebuilding and/or renovating the Hardy, Hunnewell and Upham Elementary Schools, instead of closing one school and redistricting all of our elementary students into 6 schools? Please vote YES or NO.

A YES vote would advise the Town of Wellesley to retain our current neighborhood school model by renovating and/or rebuilding the Hardy, Hunnewell and Upham Elementary Schools.

A NO vote would advise the Town of Wellesley to close either Hardy Elementary School or Upham Elementary School, without voter input on which school to close, and to redistrict all our town’s elementary students into six schools.”

Many thanks to Wellesley Media for videotaping the meeting, which can be watched in its entirety below: