The Wellesley LWV Opening Meeting will be held on Thursday, October 10, 2019 from 6:30-9 pm at the Wellesley Free Library (Wakelin Room). 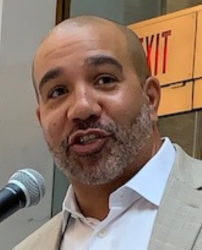 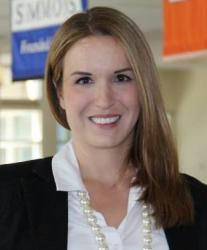 Our speakers will be Christina Knowles and Mac D'Alessandro of Voter Choice Massachusetts. They will be discussing Ranked Choice Voting (RCV), a voting system that allows voters to rank many candidates on a ballot in order of preference rather than choosing one candidate. With very few exceptions, all elections in Massachusetts could use RCV. Mac is a political operative who has worked on the campaigns of of late-Mayor Thomas Menino, Sen. Elizabeth Warren, Sen. Edward Markey and is a principal at Democracy Partners, a national political consultancy in whihc he is a principal. Christina serves as the Director of Strategic Partnerships at Voter Choice Massachusetts. Previously, Christina was the Finance Director for the “Yes on 3” statewide ballot campaign, where she led a team in raising $6 million to secure an almost 20-point victory at the ballot on November 6, 2018 to protect transgender equal rights. Free and open to the public. Jointly sponsored by the Wellesley League of Women Voters and the Friends of the Wellesley Free Libraries.

Light refreshments will be served at 6:30 and the lecture will begin promptly at 7. This event is free and open to the public.