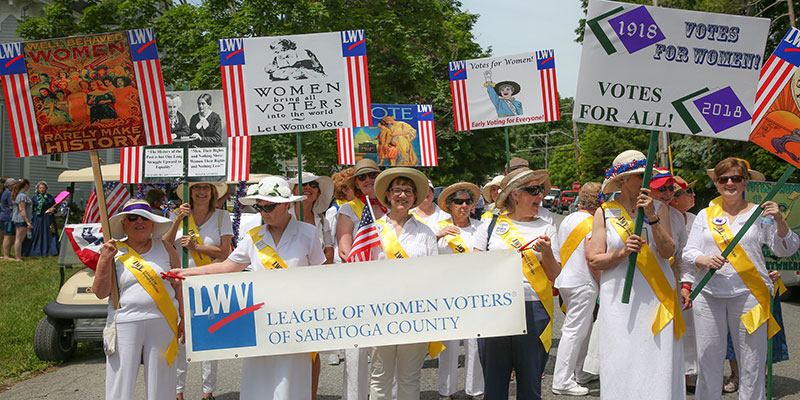 The women, who came before us, didn’t do it alone. They organized, gathered like-minded people, assigned roles, and made plans.

Members want to contribute and be included. 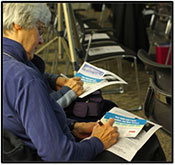 Meet with local organizations, people, and events with similar missions that may have an interest in your event.  Visit their website and social media sites to get a good idea of mutual interests.

Expect to do a presentation to their representatives. Talk about similar interests and how collaboration will benefit them, e.g. visibility, membership.

Think of partners as committee members who have valuable input to include in your planning and not just a vehicle to advertise your event.  Keep them involved every step of the way.  Make sure all names are promoted along with the event.

DECIDE ON THE EVENT

Think local.  How did the suffrage movement play out in your area? Was there a person who played a role in the movement or did an event take place nearby.  Talk to your local historian. Do research online or at your library. 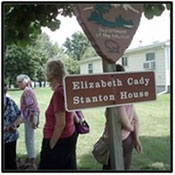 Consider an image and tagline that will allow for a branding and make it easily recognizable.  Always include the LWV’s logo and your local League’s name.  The LWVNYS has a logo specifically for the anniversary.  Include it in your media materials.

Publicity is important. It brings attention to your event and awareness of the League’s work. There are many ways to get publicity:  from an interview on a TV station to a flyer in a store window.

Check with local TV and radio station to see if they have programs that interview community people about events. Early in the planning stages, contact local radio and TV stations and inquire about being on their interview shows.

While being interviewed keep these tips in mind:

SOCIAL MEDIA
Social media may be one of the best ways to bring attention to the event.

Plan on making frequent posts. Always have an image or a link on a post. Images get attention.  A link will bring people to your website to learn more.  Encourage members to like and share posts to get broader coverage.

Post photographs during the planning phase and the event. For example, a photograph of invitations being sent out with a message alerting members to expect to see it in their mailbox.

Twitter:
Twitter is increasingly popular.  It’s like a newsfeed where posts are 280 characters or less. The posts are called tweets and include images and links to websites. Twitter uses hashtags #. Hashtags help your message be part of larger conversations and be more visible. Use hashtags that are popular for your event, e.g. #vote. 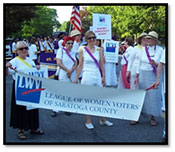 This is an example of an activity and how the local LWV organized and carried out the event.

EVERYONE LOVES A PARADE

Decide on the Event

The Event and Afterwards