LWV of Los Angeles Board of Directors

LWV of Los Angeles Board of Directors

Crissi Avila has volunteered with many local community groups and organizations. She started in the 1990's with the Sierra Club Angeles Chapter Political Committee. Later, she worked with the California Clean Money Campaign as the Pasadena Coordinator, sat on the Board of the Silver Lake Neighborhood Council, and volunteered with the Hollywood United Neighborhood Council, the Southern California Biodiesel User's Group, Amnesty International among others. 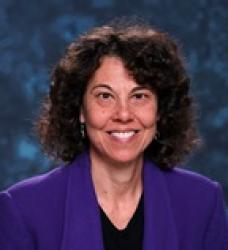 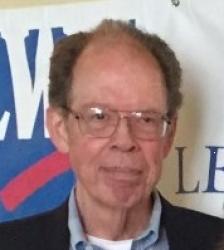 Tom Carson has a strong financial background, having been partner in an international accounting firm and chief financial officer of several public companies. Over the past ten years he has been very active at all levels of League, most particularly in financial roles, and has worked with numerous local Leagues around California and other states. Tom served on the LWV California Board of Directors, as Treasurer, following four years as its Budget Chair. Tom was treasurer and then president of LWV Glendale/Burbank and Treasurer for the LWV Los Angeles County ILO. Tom is the primary LWVUS consultant for Leagues wishing to consider converting to tax status under Sec. 501(c)(3). 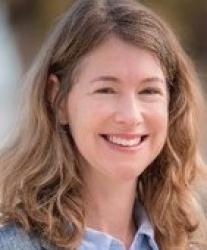 Nancy Watson led local and state-coalitions to strengthen the safety net in Los Angeles and pass state legislation as a Policy Director at Community Health Councils (CHC). She also engaged elected officials, policy experts, advocates and community groups to develop the South LA Health Equity Scorecard. At First 5 LA, she works with grantees and partners to improve services, leadership and advocacy to promote the well-being of young children. She currently serves as a manager at LA Homeless Services Authority.

Jodi Doane is a native of Chicago and was an active board member of the League of Women Voters of Chicago from 2012 until she relocated to Los Angeles in August 2015. She is committed to social justice and performing tikkun olam, repairing the world. She fights for youth development, common sense gun laws, sensible juvenile justice practices, fair and compassionate immigration, self-sufficiency through employment, and animal welfare; and against human trafficking. She assists non-profit organizations across the nation in their efforts through program development, board training and grant writing.

Cathy Kaiser has an M.B.A. from the University of Michigan in Ann Arbor and a B.S. in Accounting from Wayne State University in Detroit.  She is a licensed CPA in California. Most recently, Cathy served as SVP, Financial Planning for AmeriHome Mortgage, a fast-growing mortgage company started in 2014. Cathy spent twenty-five years at Countrywide Financial Corporation (CFC) / Bank of America (BAC) working in various executive-level audit, finance and accounting roles. Cathy is a Consultant with Executive Services Corp., a Cherie Blair Foundation Mentor, and a Board member for Notre Dame Academy Schools of Los Angeles. 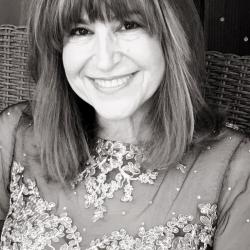 Carol Eisner is a publicist with 20+ years of experience across a wide range of industries, topics and issues. Carol obtains press coverage and has garnered national visibility for clients on outlets like CNN, Fox News,The Wall Street Journal, The New York Times, National Public Radio and local news outlets. A member of the Writers Guild of America, she also serves on the advocacy committee of the American Diabetes Association, which takes her to Washington every other year, and is a board member, NCMNetwork (Nonprofit Communications & Media).

Stephanie Gomez earned her Bachelor’s of Science in Sociology with an emphasis in Human Rights from Mount Saint Mary's University. She has served as an Advocacy & Policy intern for the American Lung Association. She worked with underserved youth in low-income areas as a volunteer for Los Angeles Team Mentors at Bethune Middle School located in South Central, Los Angeles. She later went on to serve as a Teach For America Corps Member; here she taught U.S. history to 8th-grade students. She currently works for the Boys & Girls Club as a program assistant it has allowed her to plan memorable activities to create space for future leaders. 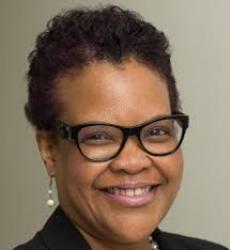 Thanayi Lindsey is a licensed attorney and supervisor with the Superior Court of California, Los Angeles County. Lindsey is a subject matter expert on training and professional development.  She is a professional speaker on the topics of professional development and professional demeanor. In League, she serves on the Nominating Committee, and Diversity Inclusion and Equity Task Force. Lindsey attended Purdue University and received a Bachelor of Arts degree in Political Science, Minor in Spanish.  She has a Juris Doctor degree from the University of Florida, Levine College of Law. In May 2019, she graduated from the Riordan Leadership Institute.

Martha Sklar was born in Havana, Cuba and immigrated to Detroit, MI when she was eight and a half years old. Martha has a BA and MA in Mathematics and Ph.D. in Mathematics Education. She taught mathematics at high school and community college levels. Later she entered administration and was Dean of Academic Affairs at Los Angeles City College until her retirement eleven years ago. Upon joining the League she served on both the LWVLA and the LWV Ed Fund Boards. She previously served as Treasurer of LWVLA for six years and is currently co-President of the League with Maria Montero. She has two sons, Benjamin and Jonathan.

Penny Sommers came to the attention of the College Board and was elected to the Board of Trustees. Penny served as Senior Educational Manager, assisting superintendents, administrators, counselors and teachers from school districts in southern California, Idaho, Arizona and Hawaii. She believes that every student deserves to graduate from high school equipped with the knowledge, skills, attitudes and behaviors to be successful in college and the workforce.

Virginia Wexman retired from the University of Illinois at Chicago, where she was Professor of English and Art History. She is the author of several books on film as well as numerous articles in scholarly journals and the popular press. At UIC she initiated and chaired the University's program in Moving Image Arts, and she was President of the Society for Cinema and Media Studies from 1993-95. Her BA, MA and PhD are all from the University of Chicago. After moving to Los Angeles, she became fascinated with the challenges the city faces, especially in the realms of housing and transit.

Marilú Guevara received a Bachelors of Arts from the University of California Irvine and a Masters of Arts from California State University Long Beach, both degrees in Political Science. Prior to joining the LWVLA, Marilú worked at the Early Academic Outreach Program preparing students for higher education in Compton high schools.  At Career Development Institute she worked as a Financial Aid Director. She is approved by the Department of Education to administer Title IV funding. Marilú has worked with Mayoral and Senate level campaigns and Get Out the Vote grassroots efforts. Marilú is a former College Bound mento and is a member of the Los Angeles County Community & Voter Outreach Committee. 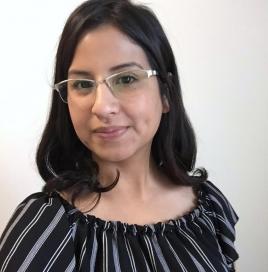 Elizabeth Valdivia graduated with a Bachelor of Arts in Sociology with an Emphasis on Inequalities and Diversity from the California State University of Los Angeles (CSULA). Elizabeth has over 7 years of experience working in administrative and non-profit fields.