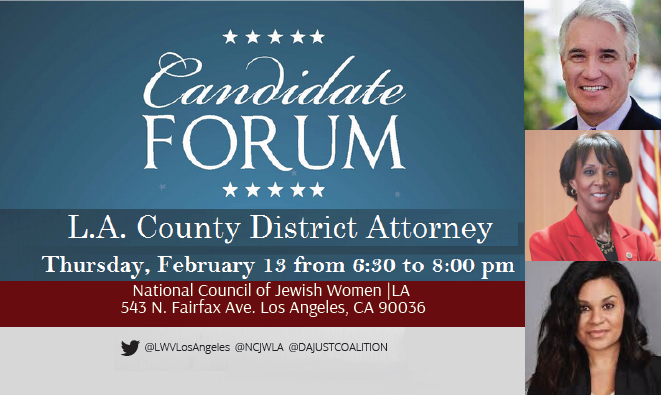 The March 3, 2020 Primary Election is right around the corner. Join us to learn more about a local race that impacts Los Angeles! Come meet all three candidates who are seeking your vote.

Jackie Lacey (Invited) — is the incumbent who has served as the District Attorney of Los Angeles County since December 3, 2012.

Rachel Rossi — Formerly counsel to the U.S. House of Representatives Judiciary Committee, Rossi had also been criminal justice counsel to Senator Richard Durbin. Previous to those positions, she was a public defender in federal and state courts.

For new and existing users, get up to $5 off two rides using code LACDJC2020