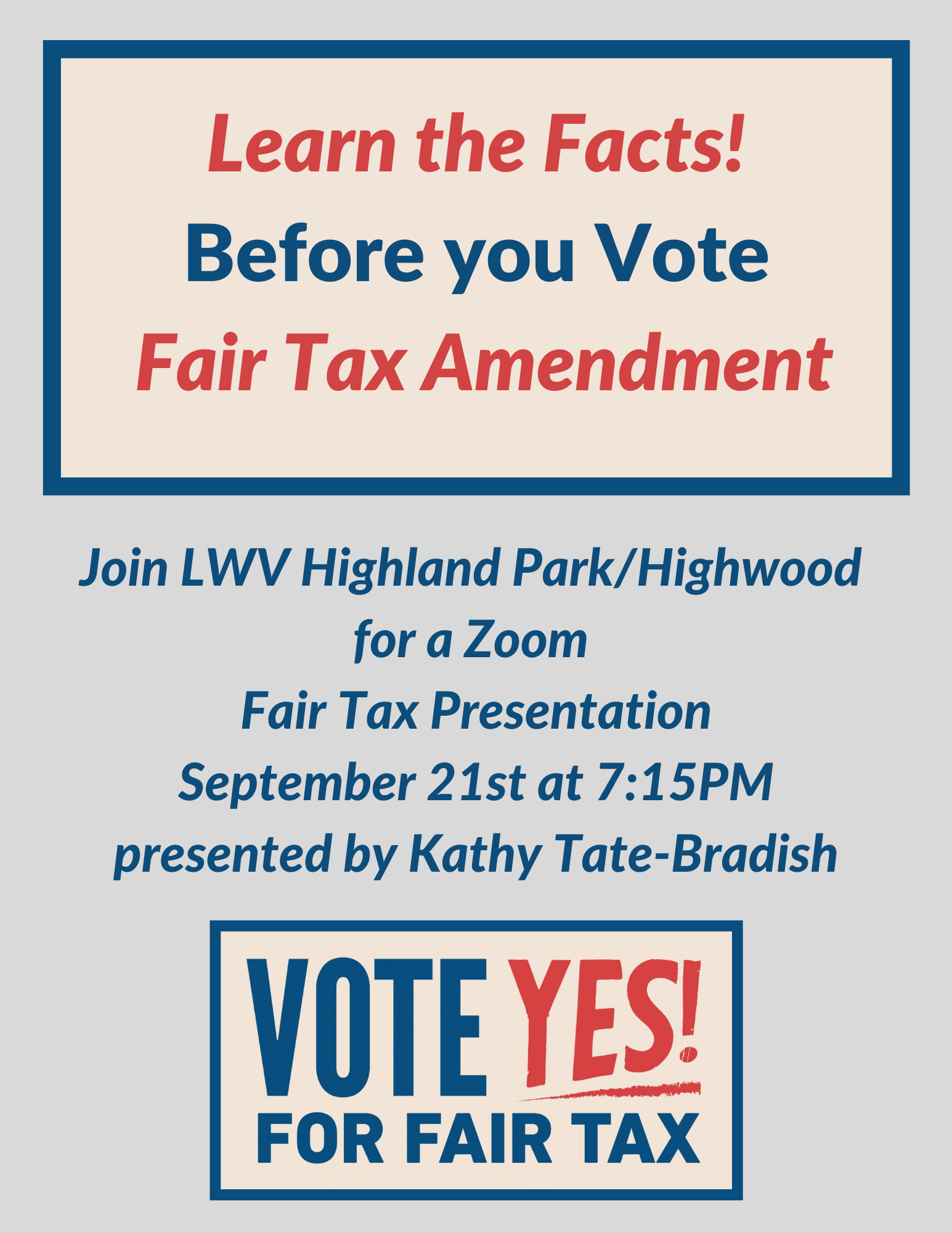 ***
DON’T VOTE ON FAIR TAX UNTIL
YOU GET THE FACTS!

* You may submit a question for the speaker
in the Question and Answer Box when you ...

The opponents to the FAIR TAX are spreading a lot of half truths and misinformation that can lead you to believe the graduated income tax amendment will lead to disaster but the FACTS paint a completely different picture.

Check the State of Illinois' Fair Tax Calculator to find what difference the Fair Tax will mean for you.

Read a Letter from our League's Fair Tax Specialist.

Want to find out if you are registered to vote in Lake County, Illinois?  Click here.